The number of people registered as urgently needing housing has doubled in the past two years.

Many people are having to sleep in cars. Photo: 123rf.com

The Ministry of Social Development's Housing Register shows people in the at-risk category with severe and persistent housing needs have risen from a low of 1641 in June 2015 to a new high of 3422 in March this year, the latest available figure.

A further 1433 on the Priority B list have serious housing needs.

"People that need clothing and warm items can choose, or shop, for what they want, in a dignified fashion," Ms Green said. 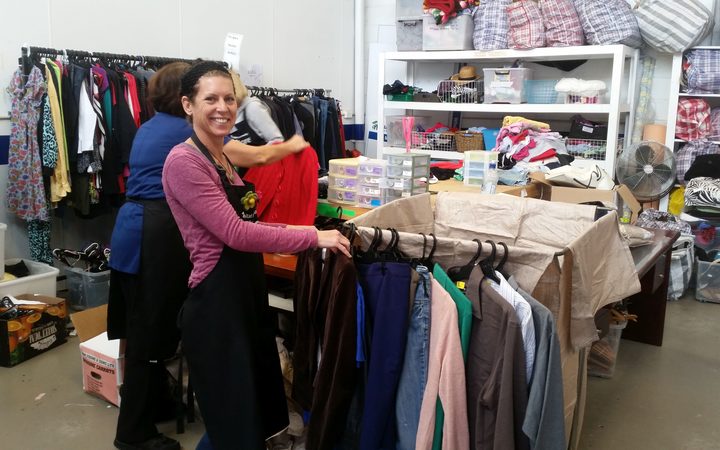 Shelley Green said she was surprised at how many people needed help. Photo: AFP

Ms Green, who is also the manager of Habitat for Humanity's Henderson shop Restore, is setting up the one-day pop up in west Auckland on 10 June, after seeing so many people needing help.

"If somebody's homeless, they're not necessarily dressed to look like a homeless person," she said.

"I'm quite surprised by the enormity of numbers - the amount of people out there that cannot afford to cope in the way society is now."

The figures from the Ministry of Social Development's Housing Register show that of the 3422 people on the Priority A list in March, more than a third, 1389, were in Auckland.

Kriddles Roberts, a single mother of two who started New Money, a group that drops food parcels and gives support to people in west and south Auckland twice a week, said she helped because she knew what it felt like to have nothing

"The government won't really help, that's why we do it - people of the hood will help others."

She said the demographic of homeless people had changed from 20 years ago.

"It's families with babies and nanas - they've all got jobs but they just can't make ends meet," Ms Roberts said.

Social Housing Minister Amy Adams said housing pressures had increased over the last year and that contributed to the big rise.

But in the same period, the housing list was reassessed, and more people were moved up into the most at-risk category.

"And I think you end up with the right thing to do, because it gives us a truer picture of how we prioritise."

Ms Adams told Morning Report 900 homes were available at the moment and another 600 were expected to be by the end of the month.

People on the housing register's Priority A list are those considered at risk, and include households with a severe and persistent housing need that must be addressed immediately.

'I think it's got worse'

The Council of Christian Social Services' Paul Barber said the people on the Priority A list were only a small fraction of those in severe housing deprivation.

"Their housing situation's regarded as unsafe or secure and unhealthy."

Some may be on the street, others were often in emergency housing, living in garages or severely overcrowded housing, Mr Barber said.

Rev Emily Worman helped organise last year's Park Up for Homes in Mangere where hundreds of people slept in their cars overnight to highlight the housing crisis.

They are unlikely to hold the event this year because nothing had changed. "I think it's got worse," she said.

More people were saying their housing had fallen through, or they did not have anywhere to live.

"In Mangere East there are more beggars outside the shop. Local knowledge is a lot of them are sleeping rough.

"There's just constant pressure on food banks, there are all these cars parked around, just overcrowded and a lot of it is really hidden, there's a lot of shame attached to it."

Paul Barber said agencies had welcomed increased government funding for emergency housing but the lack of affordable and state homes was still a big problem.

"That's the big concern going into winter - will that, therefore, mean that people will not be getting housed?"