Efforts to reduce the amount of junk food advertising targeting children are being panned before they have even been introduced. 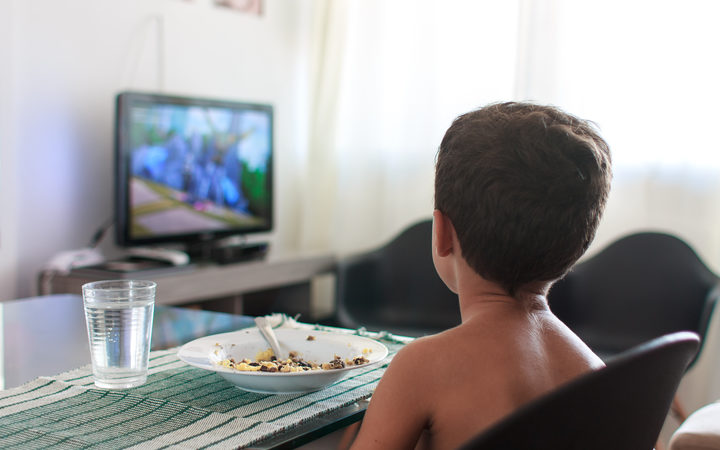 Most of the foods advertised on New Zealand television are unhealthy and are mainly targeted at children, according to new research released today.

A new Children's and Young Persons Advertising Code takes effect from July, but critics say the definitions under the new code are too vague and will not hold advertisers to account.

The research, published in the Public Health Nutrition journal, covered eight days and three channels - analysing over 10,000 advertisements, of which about 1800 were for food.

More than two thirds of those contained products which, according to World Health Organisation standards, should not be marketed to children.

Nearly 90 percent were shown during children's peak viewing times and many used promotional characters and give-aways to entice children.

Dr Stefanie Vandevijvere from the University of Auckland, who led the study, said the advertisements aired when a lot of children were watching television.

She said the new advertising code would do little to reduce the exposure to harmful food advertising.

Under the new code, advertisers need to take care when "25 percent or more of the expected audience will be children".

Dr Vandevijvere said that was nonsense.

"Children don't even make up that proportion in the total population, so that means none of the hours would basically meet that kind of definition. Even if it could be changed to 'hours during which 25 percent of the total children are watching', then even that would have substantial impact to reduce exposure," she said.

"It's the number of children watching that is the issue at stake. And we know that children watch television at quite young ages up until 9pm. So it's absolutely clear-cut that if you don't want kids to be bombarded by ads which are going to be unhelpful for them, then they should not be shown before 9pm," she said.

Dr Toomath said if the goal was to protect children from the adverse influence of junk food advertising, then the new code should be explicit.

Both women said they wanted the government to step in and regulate, saying leaving it up to advertisers was not the answer.

But Advertising Standards Authority chief executive Hilary Souter said the critics were mistaken and the new code did bolster the restrictions on junk food advertising to children.

"The rule says that if you are an occasional food or beverage and you're a product that will appeal to children and [have] execution that children will find attractive, and talking to an audience of children, then the ad is not permitted, under our new code," she said.

Ms Souter said those who suggested a ban on junk food advertising before 9pm were not taking into account the number of people who got their entertainment on other platforms.