A Labour MP has called for the number of fast-food outlets near schools to be restricted after a sixth outlet opened near Linwood Avenue Primary School. 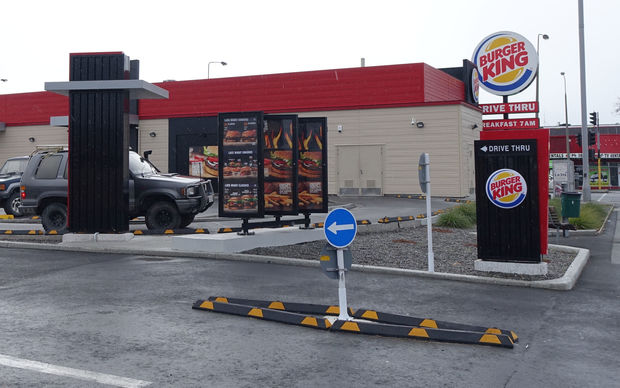 Burger King on the corner of Linwood Ave in Christchurch is one of six fast-food outlets in the area around the primary school. Photo: RNZ / Maja Burry

The growing cluster of outlets has angered the wider community with schools claiming the smell wafts across school grounds on warm days.

"Two McDonald's, one Burger King, one Dominos, one KFC, one Subway ... and the new KFC opened just across the road from Linwood Primary, so I'm sure that a lot of kids are very tempted on their way home."

Kaylah Hoskins, who is in Year 9, said she could often smell the fast food from school and some of the restaurant's best customers were students.

"This is known to be a very low-decile area so some kids come to school without a lunch so they get given money and instead of spending it on lunch they'll spend it on KFC or McDonald's or BK."

The student was one of many representatives from the community to raise concerns to the Hagley-Ferrymead Community Board about the growing number of fast food outlets in the area. 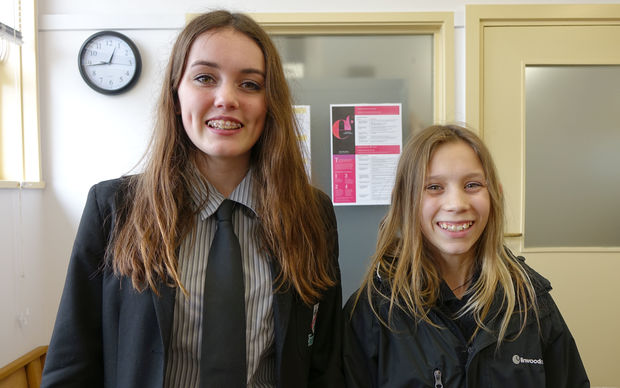 Community Board chair Sarah Templeton said it was asking Christchurch City Council to consider limiting the number and frequency of the food chains in low-income areas.

Ms Templeton said it was no coincidence they kept coming to Linwood.

"There's studies being done which show that fast food outlets tend to proliferate in lower socio-economic areas, like Linwood is," she said.

"There are now rumours of one going into the Woolston area down on Ferry Road as well which is quite close by and it has really poor health outcomes for the people in that area." 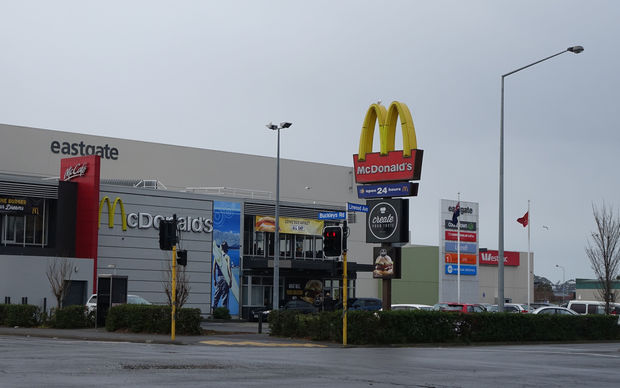 There is also a McDonald's on Linwood Ave. Photo: RNZ / Maja Burry

A spokesperson for McDonald's said it did not target lower socio-economic areas or sites near schools when developing new restaurants.

"McDonald's has been operating in Linwood for 30 years and our franchisees have a strong connection with the local community."

"We restrict our marketing around schools, including no billboard or bus shelter advertising adjacent to schools. We offer a wide range of food and beverage choices, and continue to make improvements to our menu."

"From Linwood Ave Primary you can see the fast food outlets from out of the classroom window and when you go into the playground that's pretty much all you can smell. I think it's unrealistic to expect eight-, nine-, ten-year-olds to overcome that strong temptation."

"Lots of areas in society - like road rules and so on - we intervene and we regulate when we want safety and certainty around certain things."

"Why aren't we prepared to do it at local government or central government around the unregulated spread of fast food?"

Christchurch City Council is due to discuss the issue in a meeting on Thursday.