It will take another three months of repairs before Wellington's port can use its cranes again to load container ships. 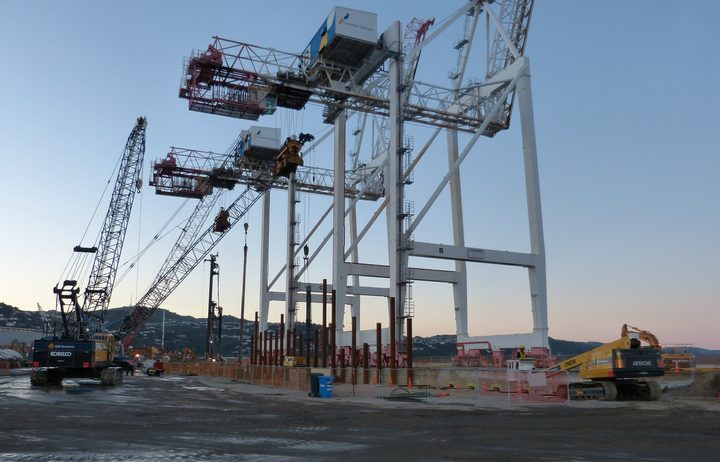 Six months ago the Kaikōura earthquake turned the reclaimed land into jelly and rendered parts of the port completely unusable.

It can only take container ships that have their own cranes onboard and that means traffic has dropped from five visits a week to just one.

CentrePort's chief executive Derek Nind said "80 to 90 percent of the [wharf's] piles have been damaged".

They were still working on a 125m section of the wharf and the land behind it to get the ship-to-shore gantry cranes operating. 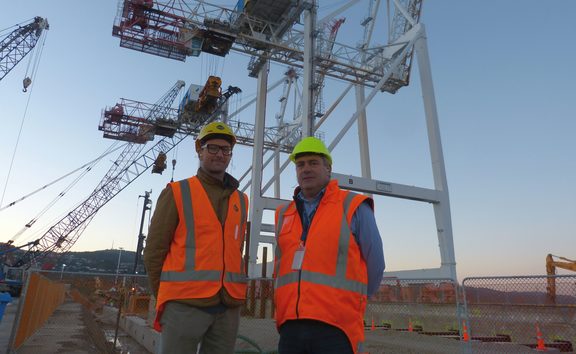 "There's two things we're doing: one is we're building 550 stone columns, and those stone columns are to make the ground resilient so if there's another Kaikōura-type earthquake, we'll be [down for] maybe one or two days and back up and running.

"The other piles are to support the crane and to make the wharf strong so we can operate this 125 metre section of our wharf."

The compacted stone columns would take two olympic swimming pools-full of gravel to complete, and the wharf would eventually be tied back and anchored to the strengthened land behind it.

Another 76 steel piles still needed to be installed under the wharf, to a depth of around 38m, project manager James Lake said.

The temporary repairs were expected to cost $20 million and be completed in August, Mr Nind said. 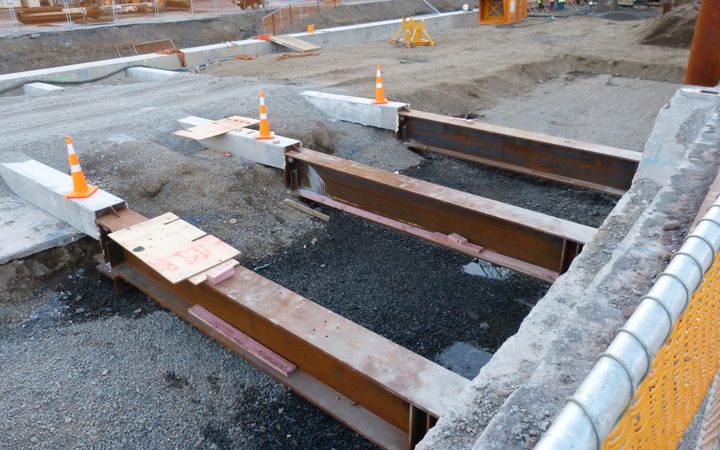 The steel beams that will help anchor the wharf Photo: RNZ / Michael Cropp