Aucklander Mike Heard is claiming a new Guinness World Record for the most bungy jumps in 24 hours. 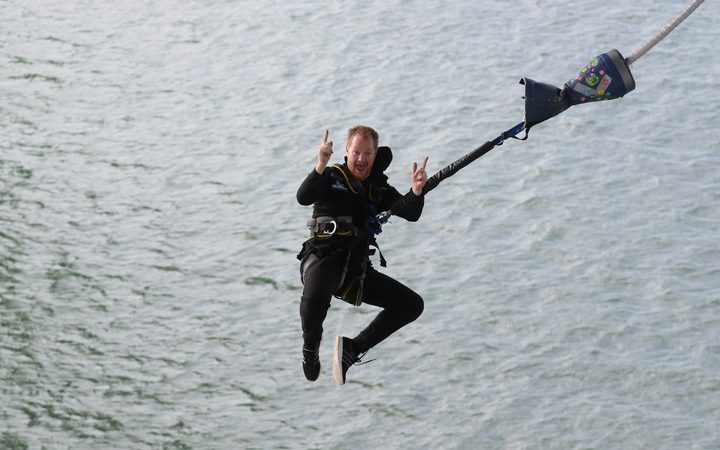 Mike Heard during a bungy jump from the Auckland Harbour Bridge. Photo: Supplied

He passed the old record of 158 jumps less than five hours into the attempt, a spokesperson said in a statement this evening.

By the time he finished he had racked up 430 jumps.

Mr Heard, who was raising funds for the Mental Health Foundation, said he surprised himself with his success.

"It's been a huge effort and I'm absolutely stoked that, with the support of the AJ Hackett Bungy New Zealand team, we've been able to achieve our goals," he said.

"I'm not sure what I'm going to do next to top this but I'll be heading home to the family tonight for some rest and relaxation."

"Our philosophy is that if you can bungy jump, you can do anything. And Mike has taken that to a whole new level today."

Mental Health Foundation chief executive Shaun Robinson said in the statement that the record attempt had raised thousands of dollars for the organisation.