A New Zealand man hopes to 'absolutely smash' the current world record for bungy jumping in 24 hours, a record he previously held in 2008.

Mike Heard is planning to bungy jump off the Auckland Harbour Bridge. 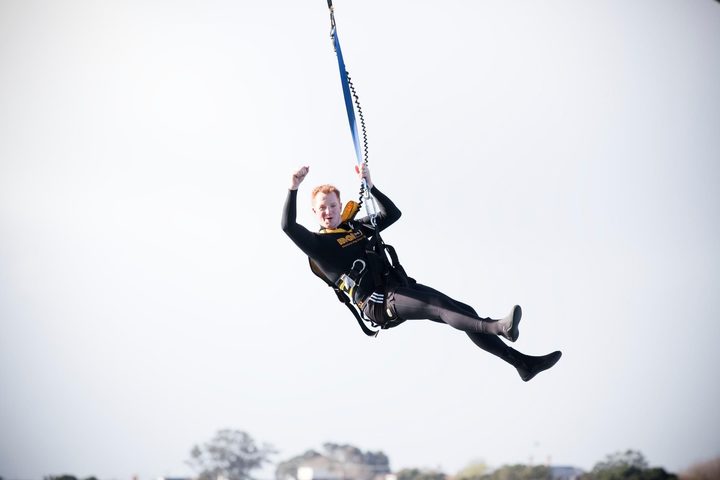 He is attempting the feat in aid of raising awareness for the Mental Health Foundation.

"I think 200 is a conservative number. In 2011 I did 80 bungy jumps in one hour which is obviously significantly higher... but that's not sustainable for 24 hours," he says.

Mr Heard has previously set two Guinness World Records for bungy jumping. In August 2008 he jumped 103 times in 24 hours from a 20 metre cord.

Mr Heard's new attempt will be made on a 10m length of rope which means he will no longer have to be dunked in the Auckland Harbour.

Mr Heard explains that a crew standing on the bridge work two very large winches and assist in pulling him back up.

"So for me it's really just being a bit of meat on the end of a rubber band. It's all around the way that you fall, the way that you hold your body as the rope starts to stretch and then the bounce at the bottom.

"It's important that you've got a strong core and you position yourself in a place where you're not going to cause  pressure on your body at the bottom of the spring.

"And then you've got a fun bounce back up to the bridge with a great view of Rangitoto Island and the Auckland skyline. When you get to the top they unclip you and off you go again."

The jumps will take place from Tuesday, 23 May. To support Mike Heard’s fundraising project, please go to the Mental Health Foundation's website.