Huge waves that cancelled Cook Strait ferry crossings are expected to ease and the country can expect relief from the harsh weather conditions, from tomorrow. 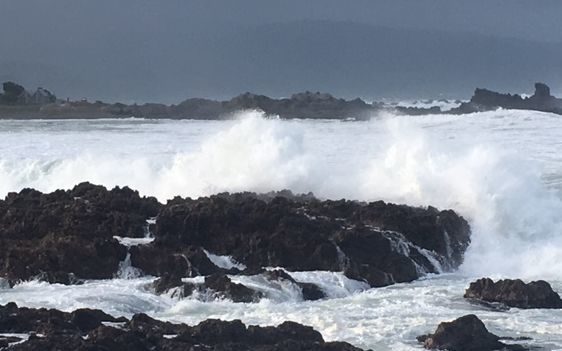 Both the Interislander and Bluebridge sailings were cancelled for most of the day.

However, the first ferry back in operation left at 8pm and the overnight crossing is set to leave at 1.45am this morning.

A severe weather watch for possible southwest gales across Hawke's Bay, Gisborne and along the east coast has now been lifted.

MetService meteorologist Matthew Ford said winds brought swells averaging up to 6m in the Cook Strait but they would now ease.

"In terms of the kind of numbers we've been seeing, Baring Head has been getting a swell of around the 6m mark during today.

"That swell should start to ease now that the southerly flow is steadily pulling away and we've got the high moving across."

The Desert Road has reopened after closing yesterday and the snow that had been falling in parts of the country has eased.

MetService said there could still be the odd snow flurry but the worst of the weather was over.

However, motorists should watch out for ice on the roads, it said.

Yesterday, several cars were stranded on the Desert Road and needed the help of a snow plough and a tow truck to get out.

Skies are clearing for most of NZ today, if you can see some hills you might see snow! Thanks Fiona Fredrickson for Taranaki pic. ^TA pic.twitter.com/oHpd3YPmBu

MetService said although the biggest cities were spared sub-zero temperatures, many parts of the country dropped below zero overnight.

The central plateau had the coldest temperatures, getting down to -6.5°C, while Blenheim reached -3.4° and both Hokitika and Timaru were around the -1° mark.

How cold? This are some of the coldest temps recorded last night. Watch out for ice! ^TA pic.twitter.com/nlOT12n2Er

It could get even colder tonight in some places, MetService said. 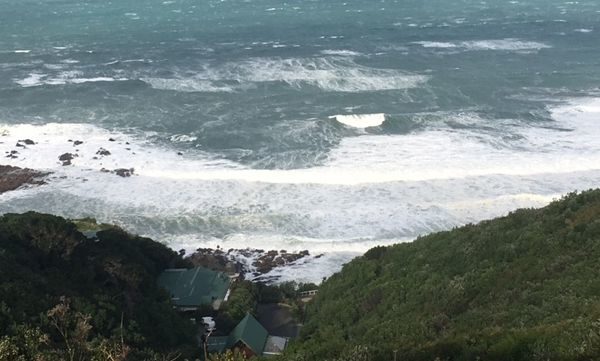 Looking out on the Cook Strait. Photo: RNZ / Caitlin Cherry

The strong, cold south southwesterly flow over much of the country would gradually ease today, but there could still be severe gales in Hawke's Bay and Gisborne, MetService said.

Weather Watch said an incoming high pressure system was calming things down but the drop in winds meant frosts would be more widespread, and heavier, overnight.

Pretty good coating in the south this morning! @WeatherWatchNZ
Your missing all the fun @wainuidairies ! pic.twitter.com/VTSKocjAHI