Temperatures in Christchurch are expected to drop below freezing overnight and snow could reach sea level in Dunedin, as a cold front brings icy rain and strong gales. 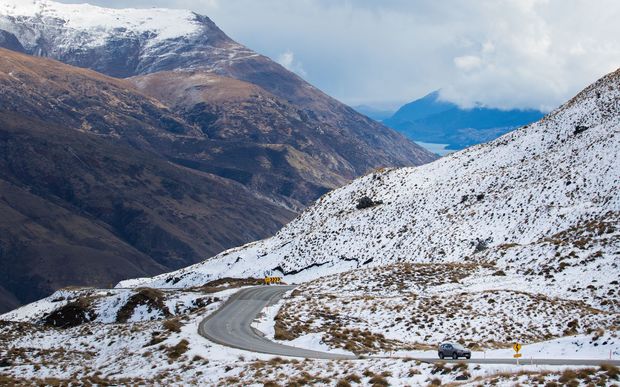 Otago is expected to get a dusting of snow this weekend. (File photo) Photo: 123rf.com

Metservice has warned that snow is expected to fall in Fiordland and on South Island passes tonight, with up to 12 centimetres of snow forecast for State Highway 94 - Milford Road.

Dunedin can expect snow to near sea level this evening and southwest gales gusting to 100 kilometres an hour.

State Highway One between Dunedin and Waitati is forecast to get up to five centimetres of snow.

Niwa Chris Brandolino said it was the coldest snap so far in the year.

"But it's the back end of May, so these things should be expected."

Aucklanders were also in for a cooler spell.

"It will be chilly in Auckland - near or below 5 degrees - on Sunday morning."

Gales are forecast to batter Stewart Island and coastal parts of Southland, Clutha and Dunedin. 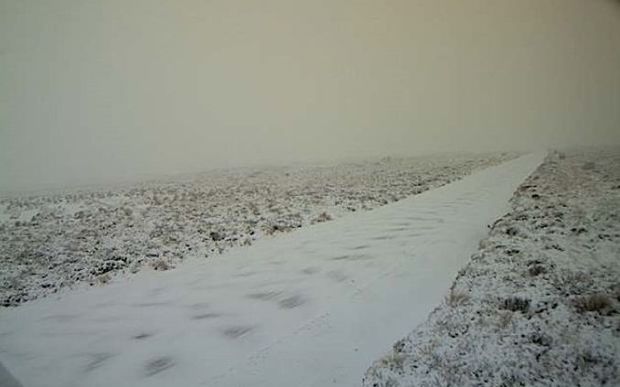 New Zealand is in for a frosty weekend (file photo) Photo: ‏@MetService

Mr Brandolino said the strongest west to south-westerly winds, of up to 110 km/h, would hit more exposed areas of the eastern South Island. But the wind could also get "pretty strong" in parts of Taranaki and Waikato.

The Interislander has stopped taking bookings for Sunday, when swells are predicted to reach 6 or 7 metres.

It said Saturday's prediction was for an uncomfortable 3-to-4 metre swell, but the ferries should keep sailing.

However, Sunday's prediction is so rough it was expected to interrupt sailings, so Interislander is not accepting any more bookings for that day.

It said it would keep in touch with passengers via text message and email if any sailings were canceled.

The outlook for midnight tonight showing the weather system moving across the South Island. Photo: MetService

The brunt of the wintry blast would be at the weekend and temperatures are likely to return to average or above average by early next week.