Unrestrained heavy pipes, wires and air conditioning units in building ceilings that could be lethal in an earthquake are escaping proper scrutiny. 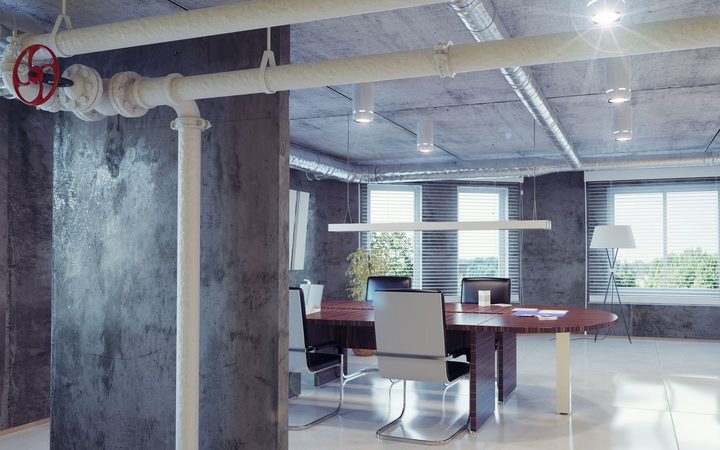 Pipes, fittings and ducting that is not properly restrained could prove deadly in an earthquake. Photo: 123rf

Wellington City Council has admitted a lot of buildings will have been signed off prior to the 2011 Canterbury quakes as complying with rules on restraints of services, such as ducting and lighting, when they did not.

According to engineers and insurers, thousands of buildings throughout the country are also not up to standard and a law change is needed.

In preliminary tests on seismic restraints run last year by the Ministry of Business, Innovation and Employment, 19 out of 20 buildings failed.

Ignatius Black, of consulting engineer Silvester Clark, said even many hospitals did not have seismic restraints that met the building code.

"No one actually ensures that the restraints are installed," he said.

"Traditionally it hasn't been done by the council. It's not necessarily seen as being within the structural engineer's domain. It's often put on to the mechanical engineers, so it's something that slips between the cracks."

He said there appeared to be no power to force existing buildings to retrospectively fit proper restraints as they did not fall under earthquake-prone building regulations, which kick in when a building is under 34 percent of New Building Standard (NBS).

The NBS primarily rates buildings for their capacity to not kill or injure people in a big quake, but does not take into account whether or not what's in the ceiling is properly restrained.

Insurance Council insurance manager John Lucas said the big safety gap must be addressed either by seismic rule changes coming into law in July, or by councils checking restraints when issuing building warrants of fitness.

"It is possible that a lot of tenants in buildings don't fully appreciate that, even though the building may have an NBS rating of 150 percent, there's still a risk that the internal fit-out could fail, resulting in either injuries, or that building being closed for some considerable period of time," Mr Lucas said.

Unrestrained services were torn apart in commercial buildings in the 2011, 2013 and 2016 quakes.

At the NZ Post headquarters in Wellington, the damage caused by the Kaikōura quake in November was put at $50 million in a building worth just $80 million.

Ironically, the Wellington City Council discovered the ceilings of its own offices in a high-rise on The Terrace were not compliant and it got the building owner to fix them last year.

The council's compliance manager, Chris Scott, said they had scrutinised restraints in new projects a lot more since 2011.

He agreed however that before then the council would have signed off as compliant many buildings that did not meet the standard.

"There was a lot more reliance on the industry doing some self-monitoring of it and certification, and council doesn't go around lifting all the ceiling tiles."

The ministry put out technical advice last December, saying only structural engineers should design and sign off restraints on services.