Wellington's economy would be devastated if the capital was hit by a similar earthquake to the 2011 Canterbury quake, a new report says. 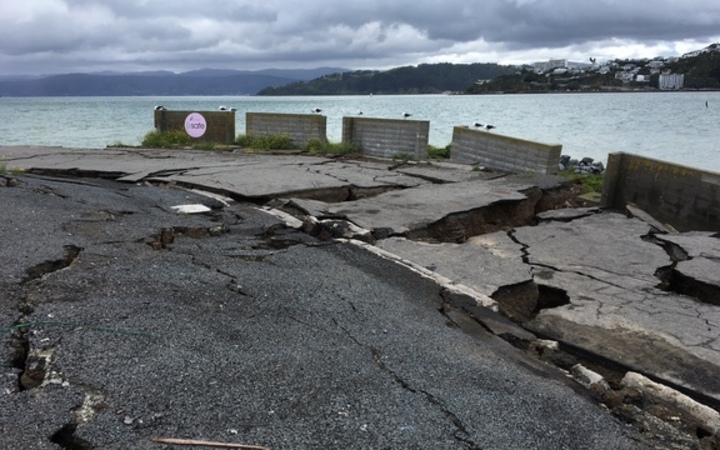 The city would remain New Zealand's capital, even in the event of a catastrophic earthquake, the government says.

But the new report suggests the economic impact would be tremendous - and it urges the government to invest now to make the region more resilient, rather than wait until after it strikes.

The report - co-authored by Deloitte partner Linda Meade and Kit Miyamoto, who heads the engineering firm Miyamoto International - looked at the economic impact of a quake of similar magnitude to that in Christchurch six years ago.

It estimated such a quake would cost Wellington more than $25 billion in earnings over 13 years, raise unemployment by 9 percent and double the cost of home insurance.

The aftermath of November's Kaikōura quake had already cost Wellington about $30m, and the capital was losing $1.25m every week workers remained away from their normal offices, it said.

Ms Meade said the government and council needed to think more about how to keep the city going, should the "big one" strike.

"It's about thinking about how the businesses were continuing to operate... so that the people of Wellington could continue to live their lives, and not think their only option was to leave the city."

Ms Meade and Mr Kiyamoto said there needed to be investment in roads, rail and ports - and utilities, like water and telecommunications - to stop the city from grinding to a halt.

'Ambulance at the bottom of a cliff'

Finance Minister Steven Joyce said he was addressing that by lowering the country's debt level, so if a serious earthquake were to hit, the government would be able to borrow and rebuild.

But Ms Meade said the minister was taking a very narrow perspective.

"The response that, oh, we would rebuild and have the capacity... that's an ambulance at the bottom of a cliff.

"We could do more now to mitigate the cost to the country, and do that now, rather than saying we'll worry about fixing it when it happens."

She said building standards understandably focussed on saving lives - but there was more to resilience than that.

"The building code is designed to protect loss of life... it's not designed to enable businesses to continue operating.

"There has to be balance to this discussion: how do you enable a city not just to not fall down, but to bounce back?"

The Wellington City Council's resilience manager, Mike Mendonca, said the report was helpful in keeping quake safety in the spotlight, but there wasn't much in the way of fresh information.

"This is not news. We know we live with earthquake risk in Wellington... the report failed to mention a bunch of work that was already under way, but other than that there was no surprise in there for us."

But Ms Meade said there was more talk than walk on getting things done.

"We see things like resilience strategies being produced by the council, and that's great, but we haven't seen any really meaningful steps forward."