Three structural engineering firms have made widely divergent seismic assessments of a Wellington high-rise as their industry struggles with quake inspections. 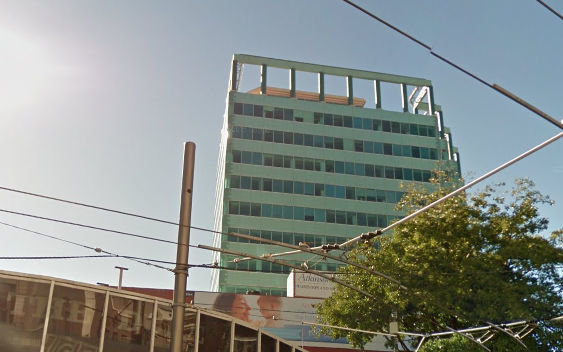 Left with uncertainty, some tenants of Alcatel-Lucent House have moved out while others have moved back in, following the 14 November earthquake.

Separate ratings of the 14-storey building range from more than 100 percent of the building standard to possibly as low as 34 percent. One firm warned the building suffered damage in the quake such that the floor could collapse in an aftershock.

The building is one of 72 that have had seismic assessments since the earthquake. Hundreds more have had n-depth ratings from before the quake.

New Zealand Society for Earthquake Engineering president Peter Smith said Alcatel-Lucent was not the only building affected by varied ratings, and new guidelines could not come soon enough.

Mr Smith said the society was "acutely aware" of engineers giving different interpretations on how a building is designed when they do seismic assessments. The Kaikōura quake, however, had exposed just how much further work needed to be done.

A wide array of assessments

Alcatel-Lucent House's structural engineer's rating had been checked some years ago by Wellington City Council, but because it did not fall below the 34 percent threshold it did not step in and had no further involvement.

Engineering consultant ISPS has since assessed the building several times, including a full assessment shortly before the Kaikōura earthquake in November, and consistently rated it above 100 percent, or better than a new building on the site.

It also did a rapid assessment after the earthquake and found that after some repairs the building was not compromised.

Subsequent ratings ordered by tenants were much lower, however. The company BECA rated it between 34 and 67 percent in December, and Silvester Clark this year put it below 100 percent and said it "may be less than 33 percent NBS".

"It may be possible that aftershocks could cause further failures of the double-tee supports", the Silvester Clark report said.

Tenants DOC, Alcatel-Lucent and the New Zealand Symphony Orchestra have moved staff out, while financial services firm Booster said it was satisfied the building was safe to occupy for now, and Healthcare New Zealand recently moved back in.

While BECA and Silvester Clark did not assess the whole building, the low ratings of the parts they did look at suggested the building was at least at risk of damage from even a moderate earthquake.

ISPS director Treasa Keane, of Taupo, refused to comment except to say that very different NBS rating assessments were "not uncommon".

The firm's Wellington director did not respond to requests for comment.

ISPS was the subject of a city council complaint to engineering body IPENZ last year, but the death of ISPS founder Ian Smith in a car crash in October held that up.

Neither IPENZ nor the council would say what was in the complaint, though IPENZ said it took the concerns raised in it "very seriously" and was considering what it could do.