An ancient West Coast limestone arch could be turned into a tourism and selfie hot spot with light shows and artificial moas if a government plan goes ahead. 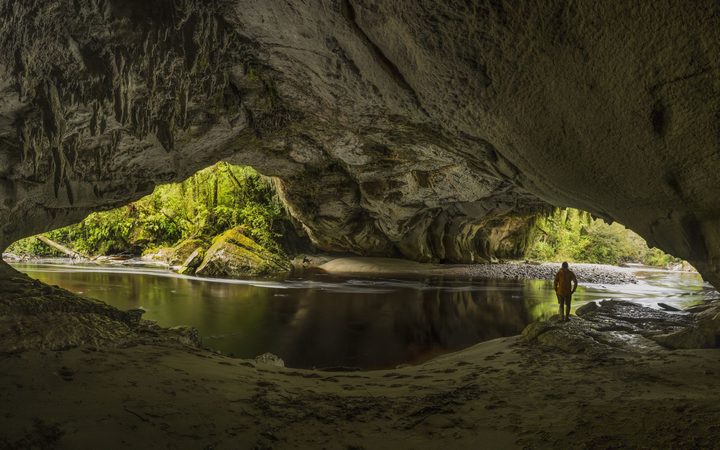 Moira’s Gate is one of two arches open to the public. The Oparara River has dissolved the limestone away, leaving behind a stunning arch. Photo: Supplied / Neil Silverwood

For a million years the Oparara River system near Karamea has sculpted the limestone basin into a complex web of caves, arches and channels described by the Department of Conservation (DOC) as one of the finest features of the Kahurangi National Park.

Unique ferns and algae live around the arches and cave entrances and it is home to the rare short tailed bat, the giant land snail, the whio/blue duck and is a sanctuary for the great spotted kiwi. 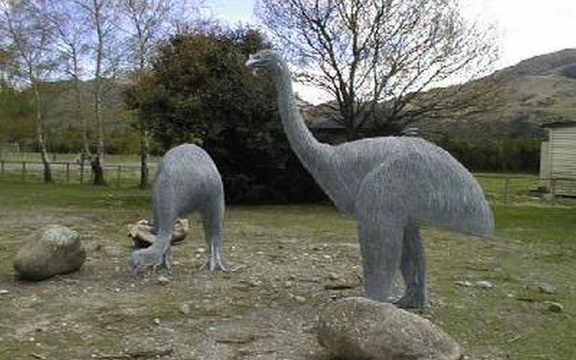 An image from the DOC plan shows the giant moa installation. Photo: DOC

DOC and the Ministry of Business, Innovation and Employment have been developing the plan for the basin.

It outlines the potential to brand Karamea as "Moa Town" and use a giant moa installation to attract visitors and make the Oparara Basin a site for selfies and Instagrammers.

The plan includes developing a lost world of moa and giant Haast eagles, positioning them as "new products" for the West Coast.

"Overseas tourists come to New Zealand because of its natural environment, so that is what's being exploited - whether or not it's good for that environment seems irrelevant."

She said it appeared public conservation land was only useful to the government in relation to what economic gains could be made from the land. 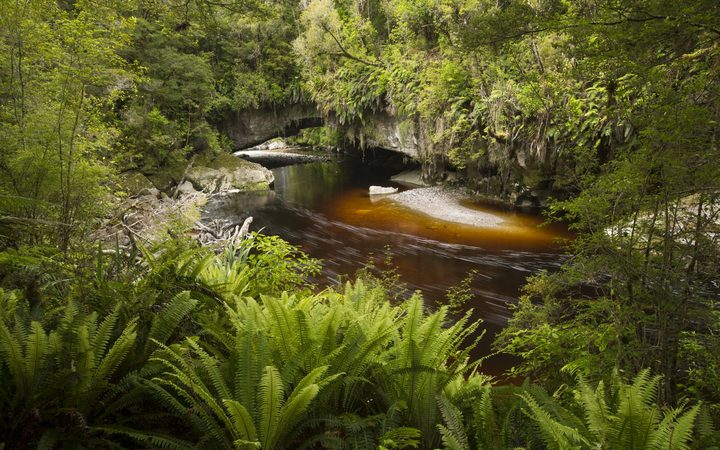 The Oparara Basin offers visitors a chance to go back in time and see a fragment of New Zealand as it looked before humans arrived. Photo: Supplied / Neil Silverwood

Professional photographer Neil Silverwood - a member of the New Zealand Speleological Society, which represents cavers - said the department's desire to develop the area for tourism was at odds with its conservation role.

He said the Box Canyon Cave was a hotspot for the protected spelungula spider, which he said was one of the reasons people visited the caves.

"They don't want to go there and see a 'creepy crawly light show', it's just mad, and those spiders are incredibly rare." 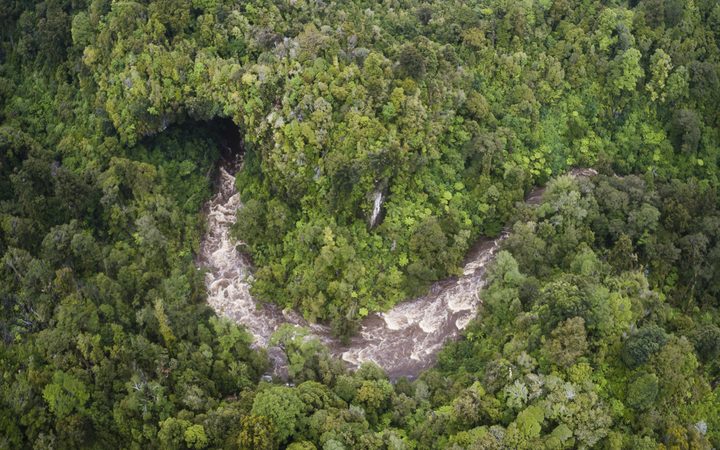 The Oparara Arch is the last fragment of an ancient cave system. It is the largest arch in New Zealand. Photo: Supplied / Neil Silverwood

Federated Mountain Clubs president Peter Wilson was worried it was part of a trend - along with an increase of helicopter landings on Fiordland's glaciers and e-bike trails in Tongariro National Park - of other interests pressuring the department into making financial gain from the conservation estate.

He said the risk was that DOC was becoming a developer, and no one would be left to protect the conservation estate.

"So we get a lot of overdevelopment at sensitive sites which drives too many visitors with not enough follow up."

Last week DOC launched its threatened species strategy to tackle what it called the country's unenviable record of extinction.

The department would not be interviewed on the matter, but in a statement said the plan was only a concept and consultation would be carried out before it moved ahead.

"The concept involves immersing visitors in the natural and prehistoric world of the natural features of the Oparara Basin ... and conveying key conservation messages around the species and limestone formations accessible to the public."

The department said if the plan was accepted for feasibility it would require benefit testing, costing, discussion with key interest groups and alignment with statutory planning documents and an Assessment of Environmental Effects would also be required.