The lawyer for US rapper Eminem's publishing company has told the court it should have no trouble finding the National Party's 2014 election campaign breached copyright. 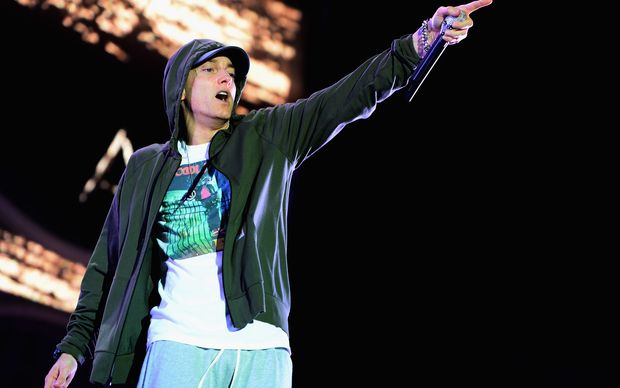 Eminem's music publisher is suing the National Party and others for copyright breach over its 2014 election campaign. Photo: AFP

The musician's publishing company Eight Mile Style has sued the Party over its use of 'Eminem Esque', a production library track said to be similar to Eminem's song 'Lose Yourself'.

The company's lawyer Garry Williams made his closing address today and told Justice Cull there were two issues she had to decide on.

Firstly, whether the 'Eminem Esque' track was a substantial reproduction of the rapper's song, and secondly how a licence fee would have been calculated if the party had permission to use it.

The argument from the National Party lawyer that the work had "a low degree of originality", and that parts of it were unoriginal, defied common sense, Mr Williams said.

"It's precisely because it is original and so recognisable that those corporations wish to use it."

He also said the guitar riff was the song's most recognisable feature, and that arguing the main hook in the song was the introduction before the riff was slightly disingenuous.

He said Jeff Bass, who co-wrote 'Lose Yourself' had also referred in his evidence to what he was trying to achieve with it.

Mr Williams said people made a link between the song and that used in the National Party advertising campaign almost as soon as the campaign began airing.

"They [the people making the comparison] did that at a time when they did not know the name of the track that had been used, so they weren't influenced in any way by the fact that the track was called 'Eminem Esque'."

"They were just listening to the track and they came to the conclusion that there was a considerable degree of similarity between them."

Mr Williams also pointed to the fact that Michael Cohen, who wrote 'Eminem Esque', had chosen not to give evidence.

He said the National Party could have subpoenaed him and Justice Cull could infer that suggested Mr Cohen's evidence would not have helped the defendants.

Justice Cull has reserved her decision.