A song by American rapper Eminem only met a "low threshold of originality" and was not substantially reproduced in a National Party advertising campaign, a court has been told. 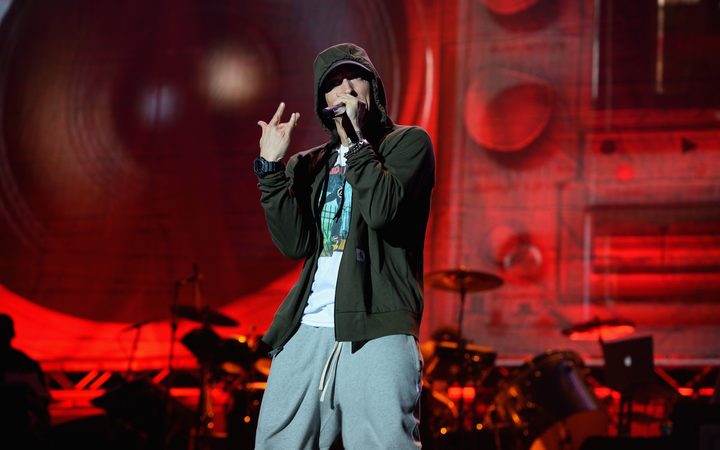 Eminem's music publisher, Eight Mile Style, is suing the party in the High Court in Wellington, claiming music used in its 2014 election campaign was very similar to the rapper's song 'Lose Yourself'.

The track, described as 'Eminem Esque', was provided by a music production library. National paid $4802 to use the track.

National Party lawyer Greg Arthur told Justice Cull that to have breached copyright the track must have copied a substantial part of the rapper's original material.

He said the threshold for originality depended on how much skill and labour had gone into its creation.

To illustrate that point he referred to earlier copyright judgments, including one which said copyright would be infringed if music forming a whole melody was taken.

"Infringement depends upon whether the air or melody taken is substantially the same as the original.

"Determining infringement is not a question of note for note comparison, but whether the substance of the original copyright work is taken."

Mr Arthur said the basic musical building blocks of Eminem's song were not original - and if that was all that was used in 'Eminem Esque', there was no copying of what made the rapper's song original.

"And that's the distinction between harmonies and the melody. The basic building blocks, and in this case I'd say that's the guitar piece, in itself is not original.

"It's only the melody within that guitar piece that starts to become original."

Mr Arthur said evidence given earlier in the trial by Jeff Bass, one of the composers of 'Lose Yourself', had referred to musicians' borrowing of material from one another.

"[He] acknowledged the influence of other musicians; that music evolves from the legacy of others and that there is a history of borrowing musical building blocks.

"[He said] this includes borrowing drum patterns, chord patterns, guitar strum techniques and the sound of an instrument."

Mr Arthur also referred to criticism Mr Bass directed at the advertising track, saying it was "weak and light".

He said that was because the track did not replicate the parts of Eminem's composition which gave it its originality.

The lawyer for Eight Mile Style will make his closing address tomorrow.