Wellington building owners are struggling to pay for earthquake strengthening in time to meet the council's deadline, they say. 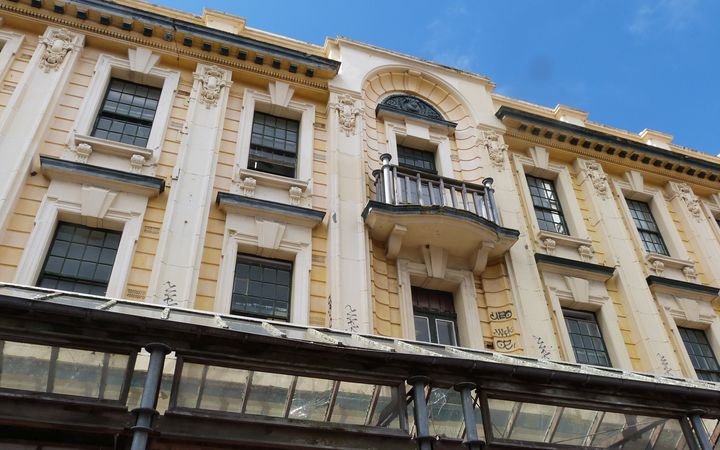 The Wellington City Council has issued a revised list giving the owners of 108 buildings until March to secure unreinforced masonry parapets and facades.

It is targeting buildings on busy, high-traffic areas.

The money is part of a $3 million fund which is made up of $1m from the council and $2m from the government.

"And the costs associated with it are considerably higher than the council are suggesting," he said.

Mr Cooper said a year to do the work might be possible with a building owned by a single owner, who could decide to do the repairs and raise the finance.

But for most body corporate buildings it just was not going to be possible in the current timeframe.

"That's not because they don't necessarily want to do the work.

"It's a matter of the difficulty associated with body corporates and getting a decision to go ahead ... and then the difficulty some owners will have in raising the finance to do the work," he said.

Wellington City Council building resilience manager Steve Cody said he was sympathetic to Mr Cooper's concerns, but the council was sticking to its timeframe and the level of financial support was unlikely to increase.

"I suggest the owners get an understanding of what work needs to be done and then go forwards from there and come and talk to us if they believe they are going to have problems raising finance and the like.

"So that we can get an understanding of where they are at in the process," he said.

Mr Cody said some property owners had complained of being unable to find an engineer, others had no problems.

"I'll actually be talking to the Ministry of Business Innovation and Employment (MBIE) this week about that. And I understand as well that we might provide a list of engineers that people can call," he said.