Former Prime Minister Dame Jenny Shipley has launched another stinging attack on the middle class for taking social welfare she says they do not need. 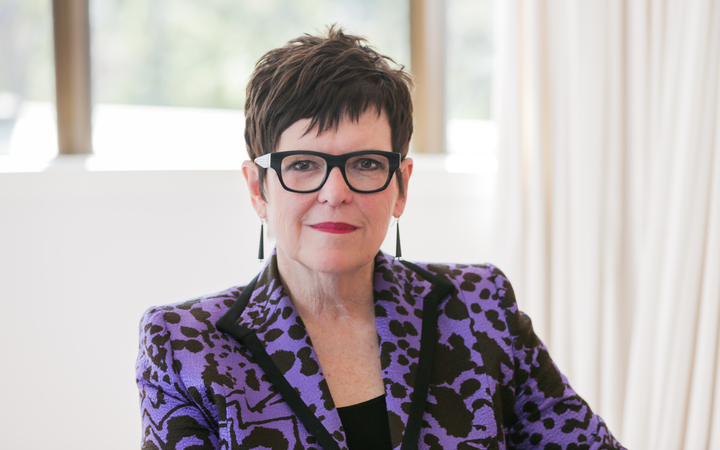 Dame Jenny Shipley: "The middle class has had, and continues to capture, a welfare state that was never designed for them." Photo: RNZ / Diego Opatowski

In the 1991 'mother of all budgets' in her role as Minister of Social Welfare, Dame Jenny presided over sharp cutbacks to state benefits, and would later become prime minister.

At the time she said she tried to take welfare off the middle class.

In an interview for RNZ's The 9th Floor podcast, she said that did not happen, and now the middle class were just as dependent on it as ever.

"We tried to say that the people who most need access should get the most support, so parts of what we put in place survived and the co-payment structure and so on.

"The middle class has had, and continues to capture, a welfare state that was never designed for them."

The 1991 budget essentially dismantled much of what remained of the welfare state institutions established in the 1930s by the first Labour government.

The unemployment benefit was slashed by $14 a week, the families and sickness benefits by up to $27, and universal payments for family benefits were abolished.

Dame Jenny argued she was preserving the welfare state by making it affordable.

"I feel sick every time I go to the doctor, that I still get subsidised and I can't opt-out of the system. Now that's wrong."

She said the nation needed to have a better discussion about who needed access to the most state support.

She said student allowances were another example of the middle class taking more than their fair share.

"A generous definition of income allows people, who are well organised, to still have their children receive student allowances when they can clearly, compared with others, afford to go to university."

However, Union of Students' Associations president Jonathan Gee said Dame Jenny was out of touch with students' living situations in New Zealand, many of whom he said were not supported by their parents.

"The majority of students either receive a student allowance or have to borrow in order to live, and on top of that, work a number of hours each week."

United Future leader Peter Dunne, who was in Parliament during the 1991 welfare cuts and during Dame Jenny's leadership, said the former prime minister was also wrongly assuming New Zealand's middle class was wealthy.

He said that group of income earners was hit pretty hard in the pocket, paying school fees, community donations and taxes and it wasn't helpful to start saying "well they can afford to pay their own way".

He said the income curve has a few people at the top, and then a long skinny tail to the bottom.

But Dame Jenny said the middle class has assets and they should be using those first before they put their hand in the pocket of someone else, such as the state.

She said it was not an ideology, but social fairness.

Meanwhile, New Zealand First leader Winston Peters has responded to Dame Jenny's comments about being in government with his party - saying her recollection was a convenient version of what happened. 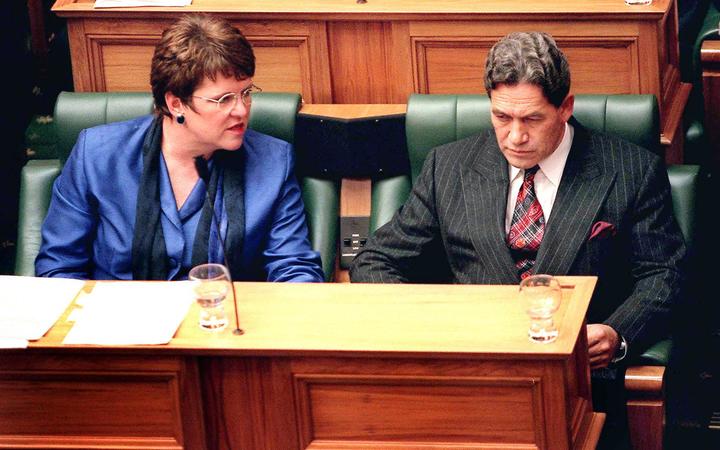 Dame Jenny described him as being brilliant on a good day, but said he could become crippled when preoccupied with diversions.

Mr Peters said that and other comments made in the interview were her recollection.

"It's a convenient reminiscence on history but majorly all wrong.

"On the Wellington Airport sale, on issues to do with what we were being challenged with ... for example, superannuation, which she didn't mention, but she was seeking to attack it."

Dame Jenny had conceded National breached its coalition agreement with New Zealand First by saying the change of leadership when she took over from Jim Bolger "signalled a change of agenda", Mr Peters said.

"Now we'd had a solemn pledge to govern together in a long written agreement. The intent clearly was, by those words that she has used, was to betray that agreement."

Mr Peters scoffed at Dame Jenny's assertion that 85 percent of the time he was an outstanding leader.

"The other 15 percent was when I didn't agree with her - is that what she's saying?"