NZ's earliest living Prime Minister begins the series reflecting on the revolutionary fourth Labour government and his year as one of its three Prime Ministers.

Sir Geoffrey Palmer was one of New Zealand's most prolific lawmakers and reformers, but a reluctant politician. 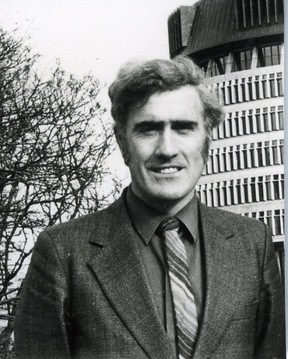 Imagine a country where the Prime Minister set the price of basic goods. Where the Cabinet, without having to even put it to a vote in Parliament, decided the wages you get and the taxes and interest rates you pay.

That was the country Geoffrey Palmer was determined to change when he entered Parliament in 1979. It was an economy, he told The 9th Floor, that no young New Zealander would recognise.

The young woman who helped us transcribe the Palmer interview - we spent most of a day with each Prime Minister and captured many hours of video and audio - proved his point perfectly, if unwittingly.

“We even had a thing called Carl’s Days at one point,” she wrote, typing it up as she heard it. Palmer actually said Carless Days. But fair enough. Who today could imagine a country where the government regulated which days you could drive a car, or at least forced you to decide which days you would leave it at home? 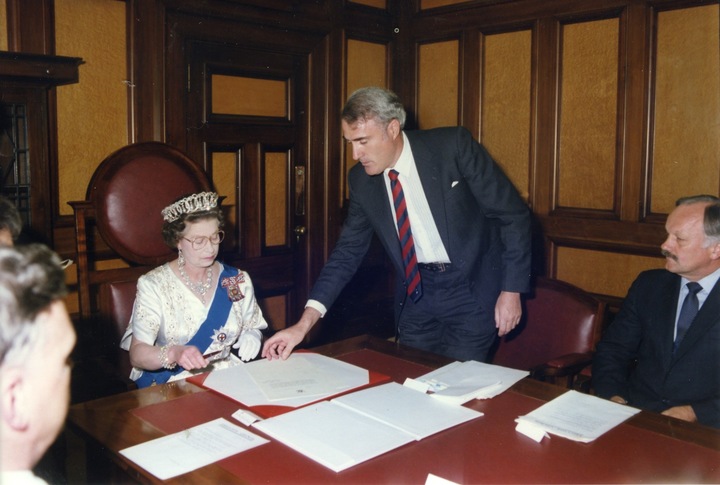 Palmer, a constitutional lawyer, describes Prime Minister Robert Muldoon as running an elected dictatorship between 1975 and 1984. It’s a big claim. Sometimes it’s the small stories that illustrate the point. Palmer recalls that when he became deputy Labour leader to David Lange in 1983 they ordered a couch for their offices but the request was denied - not by some bureaucrat but by Muldoon himself. The Prime Minister would decide the level of comfort to which his opponents could become accustomed. 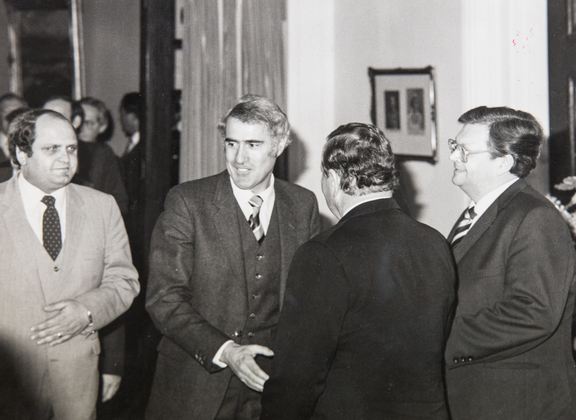 Palmer would change all that. He established the Parliamentary Services Commission, an independent body to provide services to MPs. He introduced regular sitting hours to Parliament. Who cares? Well, the Official Information Act 1982 - supposed to give greater transparency to government actions - was passed just before 4.30am. A lot of legislation -from the important to the self-serving - was passed in the dead of night, when some MPs were asleep, drunk or insanely tired. That is if Parliament sat at all. When Palmer first arrived Parliament would sit for four or five months a year. The rest of the time, well, the Prime Minister ran the country.

I found being the leader a nuisance  Sir Geoffrey Palmer

Ultimately of course Palmer would get his chance to run the country too. He was Prime Minister for 13 months sandwiched between David Lange and Mike Moore, who a desperate Labour party turned to just two months before the 1990 election in a bid to save the furniture. 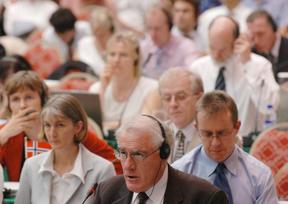 He outlines his full reasons for this in the interview but essentially he saw being Prime Minister as a superficial job, part of a celebrity culture which pandered to the media (which he is also scathing of).

If that was his view of political leadership circa 1990 what does he think about it now in the age of Twitter, daily opinion polling, fake news and Donald Trump? You certainly don’t die wondering with Palmer. We talk about his concerns for our democracy today and his role in Rogernomics in the past. Did he think the privatisations and deregulation were radical, neo-liberal ideas or just conventional economics? Did Labour MPs even know what Roger Douglas was going to unleash? 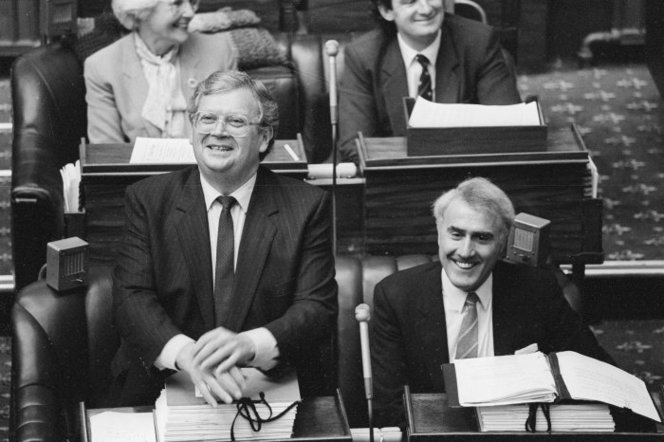 In Parliament on the day David Lange, left, stepped down as Prime Minister, with Geoffrey Palmer sitting beside him, 1989. Photo: National Library / Ray Pigney / Dominion Post

Part of the joy of this series is that we got to put those same questions to all the key players, so over five weeks you’ll be able to get a sense of where these key figures agree on what they did and why and where history is still very much disputed.

Palmer also had a much more critical role in making New Zealand nuclear free than is commonly acknowledged. It was him - not David Lange - who turned back the US warship, the USS Buchanan, at the critical moment; Lange wasn’t even in the country.

How leaders make those kinds of calls, how the decision process works and how power is wielded: that was at the heart of our mission when we researched and interviewed the five Prime Ministers for this series. 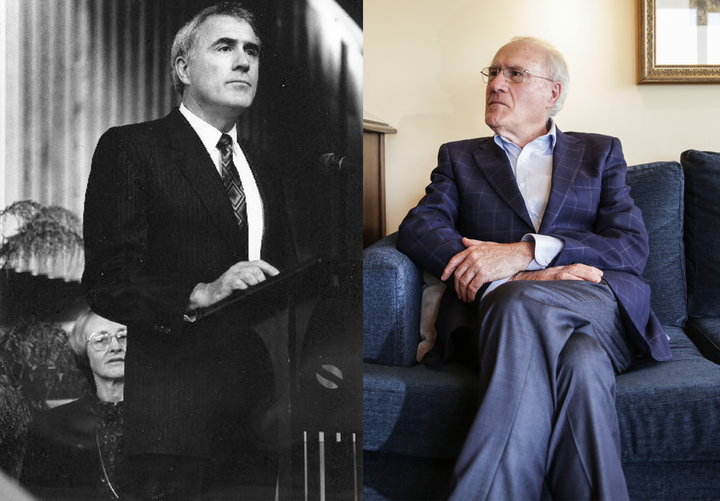 Palmer is an essential voice on what it means to exercise power - precisely because he never wanted it and remains highly sceptical of those who do.

Listen to the full interview with Sir Geoffrey Palmer here: 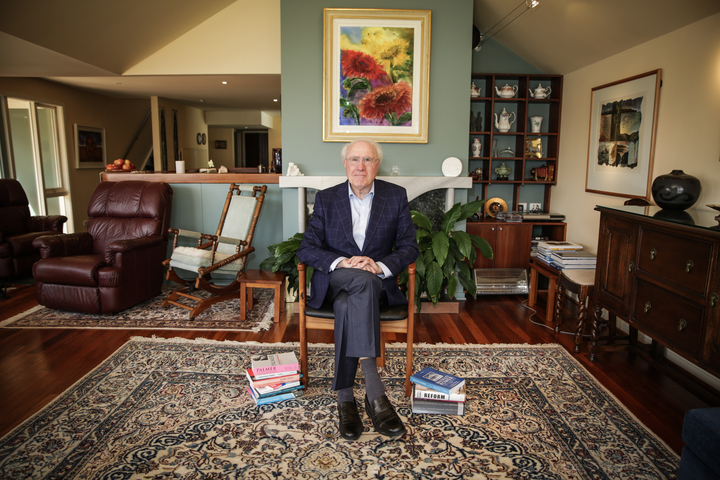