The Department of Conservation (DOC) is appealing for information after a sea lion died from bullet wounds on a South Island beach.

Mr Bowen said an examination revealed the animal had been shot, which caused a haemorrage in its lungs, and it would have suffered a slow, painful death.

He said there were only about 10,000 of the endangered sea lions left in New Zealand.

DOC is leading an investigation into the incident and the police have been alerted.

The penalties for killing a sea lion are up to five years in prison and fines of up to $250,000. 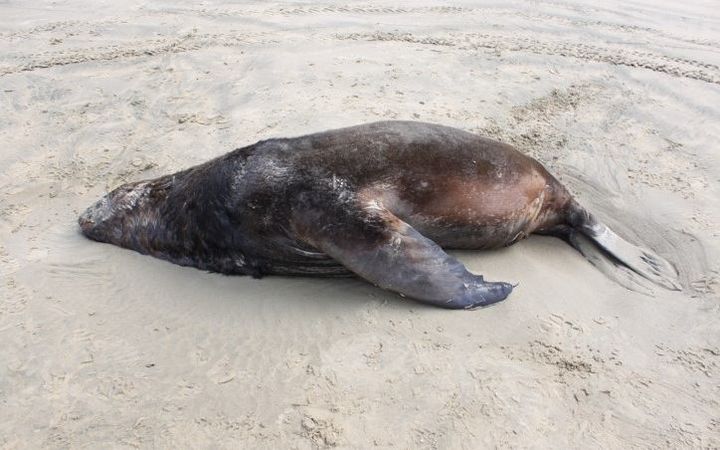 The sea lion that died of a bullet wound on the beach at Jacks Bay. Photo: Supplied