A Dunedin man has pleaded not guilty to killing a sea lion pup on Otago Peninsula in November. 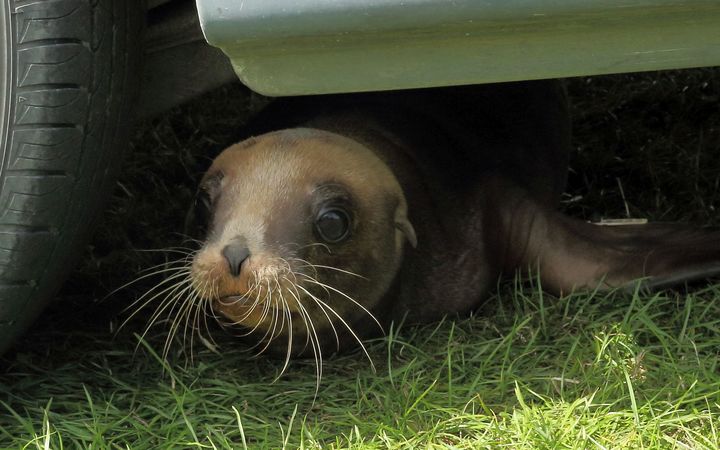 Rua was known to take shelter under visitors' cars at the camping ground in Warrington. Photo: Supplied / John Burke

His plea was entered in Dunedin District Court today by his lawyer, who said his client denied taking a sea lion and stabbing it to death.

The man, whose name is suppressed has also pleaded not guilty to a charge of attempting to pevert the course of justice by threatening to divulge untrue information about a police officer.

The 11-month-old sea lion pup, known as Rua, was found dead on the rocks with a deep cut and a bullet wound in November.

The Department of Conservation said at the time that Rua was one of only 11 sea lion pups born on the peninsula over the previous summer, and was precious to the survival of the species.

She made headlines when she was born last summer and was adopted and named by the nearby Warrington community.

Sea lions are slowly returning to the New Zealand mainland after being hunted heavily in the 1800s. However, they are critically endangered, and are one of the rarest species of sea lion in the world.

It is illegal to injure or kill the animals with penalties including imprisonment and up to a $250,000 fine. 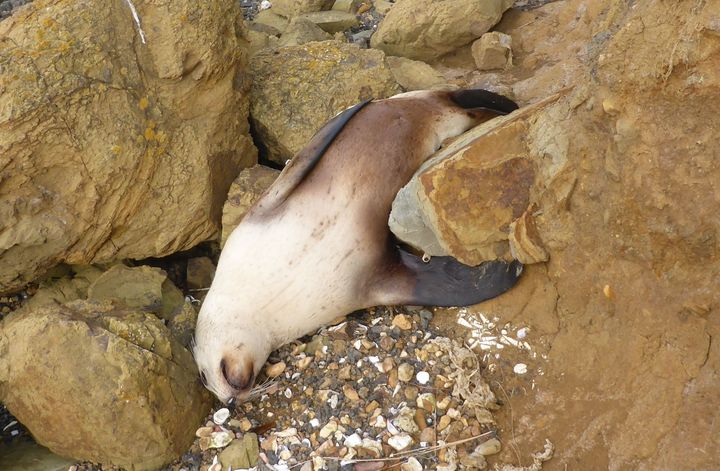