The promise of $10,000 for proof of a South Island kōkako, long thought extinct, has drawn recordings and more than 50 possible sightings. 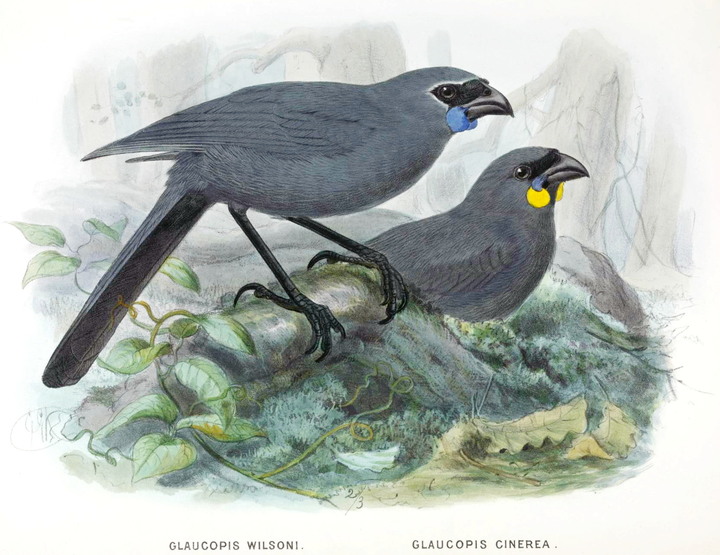 While the North Island kōkako has blue wattles, the South Island species had, or has, orange wattles. Photo: Wikicommons

The South Island Kōkako Trust offered $5000 reward for sightings of the bird, and recently doubled that. 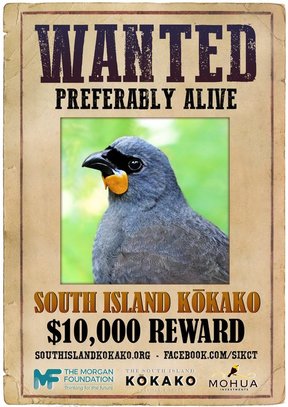 More than 50 possible sightings and even recordings have been reported of the bird - nicknamed the 'grey ghost' for its elusiveness.

Trust deputy chair Nigel Babbage said the calls were exciting people, but they needed an actual photo as definitive proof.

"You know what, around the world there are many cases of birds, animals which ... they're sort of rediscovered - but the fact is they were never lost."

"I'm absolutely convinced that it is there."