Five kiwi have been released into Auckland's Hunua Ranges now that the area is largely predator-free - the first time they've been there in 50 years. 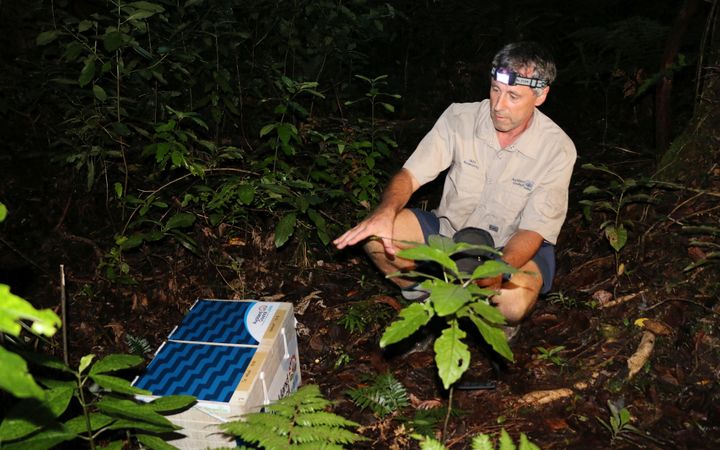 Three wooden boxes with the five kiwi inside were front and centre, with excited children itching in their seats to get a pat.

The kiwi were from Project Kiwi's farm in Kuaotunu on the Coromandel Peninsula.

Founding member Warwick Wilson said there were originally six, but it was reduced to five at the 11th hour.

"One poor little one looks like it's been predated by a dog or something, so she's gone to the doctors."

He said she would not join the five others, but there would be further releases in the coming months.

After the powhiri, guests were able to take photos and pat the native birds before joining a convoy to Kohukohunui in the Hunua Ranges where the kiwi were released while the light was fading.

"[It's] intensely managed by Auckland Council with help with mana whenua and it's through, certainly, the 1080 two years [ago] that's created this opportunity. This area here particularly is [also] intensely trapped and using bait stations the rats etc are getting killed and also the stoats."

He said it had been good for kōkako, with about 130 chicks having fledged as a direct result of the pest management processes.

"We have high hopes for these guys and then subsequent to other founder populations. So in total we're looking at releasing 40 Coromandel Brown Kiwi and overtime they will build up in numbers and the idea then is to be able to return them back into their forests in the Coromandel. So as a taxer this a really really important site for that particular Brown Kiwi," Mr Miles said. 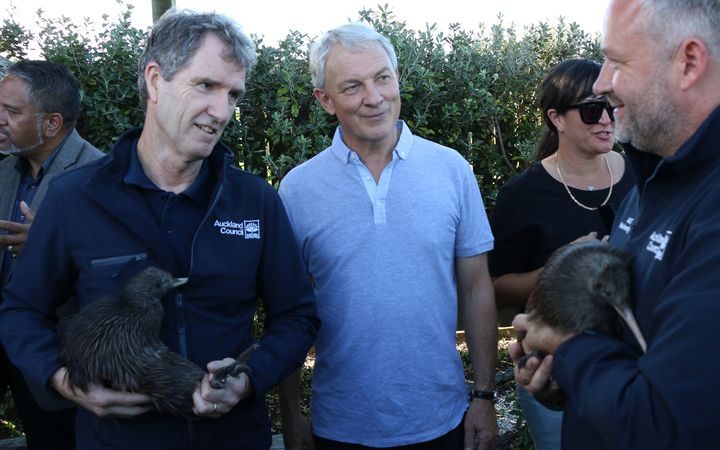 "So we hope that the kiwi here will prosper and will again become abundant," Mr Goff said.

He said last night was truly special. "I hope that this is the first step into reintrodcuing into this area the birdlife that would have existed here 100 years ago, 1000 years ago, it makes it a really special night."

"The kiwi is quite a long-lived bird - it lives to 40 or 50 and it may have as many as four chicks a year for each breeding pair. So provided we are protecting them against the predators that would have eliminated the breeding stock then we will see this area as it was a hundred years ago, brimming with native birdlife. You can hear the kōkako tonight, you hear the morepork tonight and you know that in a hours' time or two hours' time, those kiwi will be running around feeding on the floor of the forest," he said after releasing a kiwi into a temporary hatch.

Mr Miles said depending on their size, some of them might nestle in crown fern, or under ponga frond.

"They do and they will go in holes and burrows and bits and pieces as well, rotten logs and what have you. That environment is here and they're very good at finding it."

Mr Miles said each kiwi was fitted with a transmitter that sent out a signal that could be tracked.

"These guys will just walk randomly wherever they want and we will be walking up and down around the ridges and trying to locate them. So we'll leave them alone for a few days and then we'll come back out and hear the signals. We will be going to these birds every six weeks to see how they are. They should be in full size and weight within a year and breeding, which is also quite exciting."

Mr Goff said there would be a second release in a couple of months' time.