Conservation staff are hunting a stoat that has breached a native wildlife sanctuary's $2 million fence. 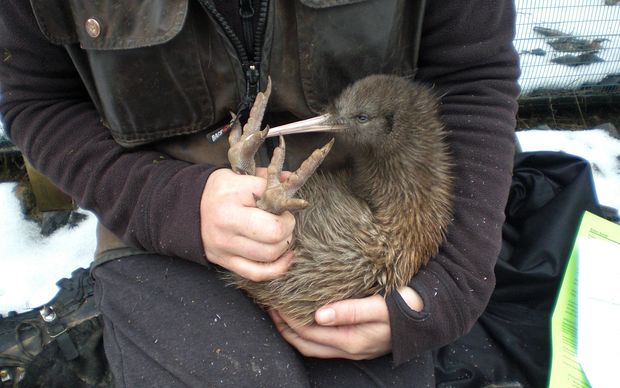 12 juvenile kiwi were removed from the sanctuary to save them from stoat attack. Photo: Orokonui Ecosanctuary

The Orokonui Ecosanctuary near Dunedin is home to several species of native birds, insects, and tuatara.

"Experts confirmed the worst case scenario that it was in fact a stoat," he said.

"It was not worth the risk of keeping them in here in the presence of a stoat," said Mr Smith.

Those kiwi would be released on pest-free islands in Lake Te Anau and Lake Manapouri.

Although staff could not be certain how the breach had occurred, he said they thought there was only one stoat in the ecosanctuary.

They would normally use traps to catch the stoat, but in this case were prepared to do anything.

"Worst case scenario, like on Maud Island in the '80s, we sit outside playing saddleback calls for 48 hours with a shotgun and try to shoot it," he said.

Mr Smith said they were also using a dog to hunt out the stoat.