Carbon emissions from buildings in developed countries more than doubled between 1990 and 2010 and New Zealand is among the worst culprits, a new report shows. 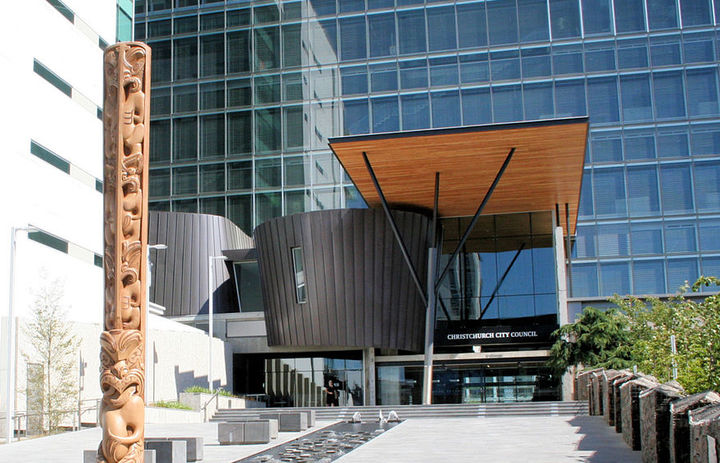 Christchurch's civic building is one of a handful of New Zealand buildings to be awarded six green stars - the highest possible rating Photo: Wikimedia Commons

A report released today by the Climate Action Tracker group said the increase was mainly because of increased electricity use.

New Zealand was lagging behind other developed countries in cutting greenhouse gas emissions from buildings and construction, and the report's findings showed the government needed to step in, the group said.

It urged property developers to adopt strict efficiency standards, warning that New Zealand's target of carbon-neutrality by 2050 could otherwise be in jeopardy.

The group is part-funded by the German government and monitors 32 countries' emissions and policies, and their impact on global warming.

"Across 27 countries of the EU, they have a goal for near-zero energy building and new homes from 2020. In New Zealand there's no plans - so not only do we have no trajectory, we don't even have a plan to talk about it."

He said New Zealand buildings tended to be poorly insulated.

"What we need to do - which we don't do much, or very well in this country - is to reduce heat loss out of buildings and homes."

"Look at the joins of the buildings ... where the wall meets the window, or the floor, or the roof."

"Heat gets lost through those joins, so you need to think about how you can insulate."

Another issue was the amount of carbon dioxide produced while constructing a building.

"Fundamentally it saves money. Something as simple as changing out lights for LEDs reduces your power bill. Using less water puts less strain - and less cost - on a building. So there are obvious cost savings."

"There are also considerable brand benefits. Some airlines or major corporates now have sustainability policies. Large corporate international occupiers even have it mandated in their leases now, that buildings must achieve a minimum green rating for them to occupy."

"What we need is for the government to be introducing strict building standards, so that all the new buildings that are built are zero emissions ... but you need the right policy packages put in by the government for that to happen."

Mr Eagles agreed, saying unless the government initiated change, the future could be bleak.

Correction: An earlier version of this article said carbon emissions from New Zealand buildings more than doubled between 1990 and 2010. That figure related to all countries in the study.