A trip to Edgecumbe to evacuate his mother-in-law turned into a full-blown rescue mission for Whakatane man Tautini Hahipene today.

After hearing the banks of the Rangitaiki had burst, causing widespread flooding in the Bay of Plenty town, the Fonterra worker called his wife to check everything was okay with her 77-year-old mother, Ursula Mayo. 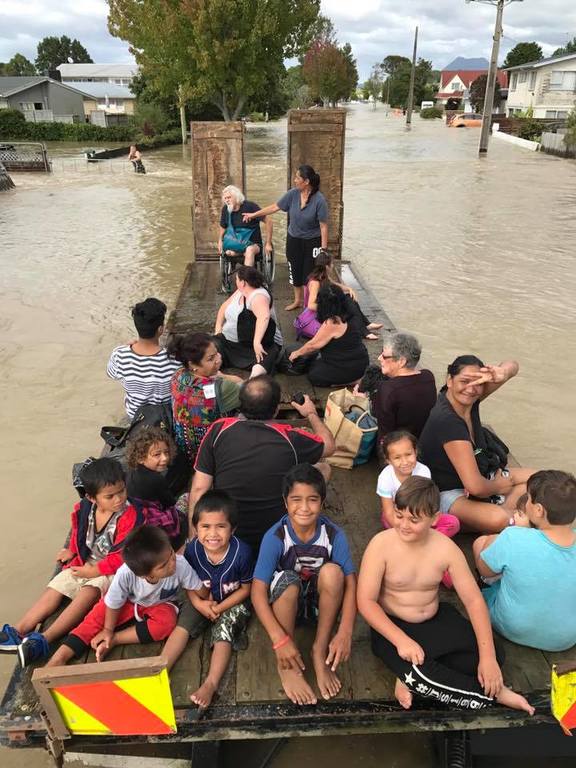 Mrs Mayo was trapped in her house by rising waters, crying and panicking, Mr Hahipene said.

"I dropped what I was doing at work, grabbed a friend's ute and drove to Rata Ave in Edgecumbe. I got halfway down, and a big gush of water came through. I had to quickly reverse, so I went back to higher and drier land."

There, Mr Hahipene met with a group in a truck with a trailer load of evacuees from the area. They told him they'd just finished evacuating everyone.

"I looked for my mother-in-law and she wasn't on there," he said.

Mr Hahipene told them they had to go back in, and he and a colleague jumped on the trailer and headed to Mrs Mayo's house.

The water was up to his hips when he got out, and he had to hang on to fences because of the swift current.

Once he'd got his mother-in-law, and her little Shih Tzu poodle cross Poppy, into the trailer, he realised there were other people on the street who also needed to evacuate.

"We rescued about 30 people - one guy in a wheelchair, one lady who weighed about 150kg - six of us had to walk her down her driveway. We got everyone out OK and onto the truck and trailer," Mr Hahipene said.

At the same time, there were rescues going on in other streets, with police using boats to get around.

Mrs Mayo, who was born and bred in Edgecumbe, said she had never seen such bad flooding in her 77 years.

The water came up so suddenly that she did not have time to think, she said. 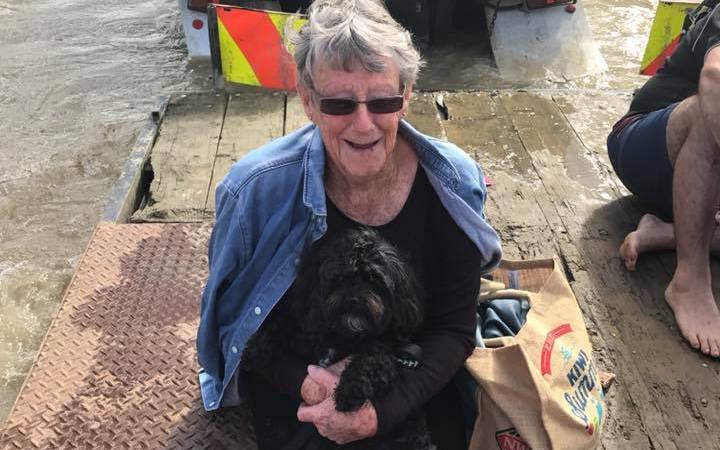 "I heard [about the flooding] on the radio, and I stood up and looked out my window and it was pouring down my driveway - it was coming at a force.

"I put the lead on the puppy - made sure I had hold of her - I didn't have time to do much, it came up really, really quickly."

Mrs Mayo said the water was just lapping at the door of her home when she left, but she believed it was inside the house now.

She said it was the whole street that got rescued - no one had time to self-evacuate. She has left everything behind, and did not even have a chance to move belongings to a higher spot.

"All I did was unplug the TV and laptop cords. Other than that everything is where it was." 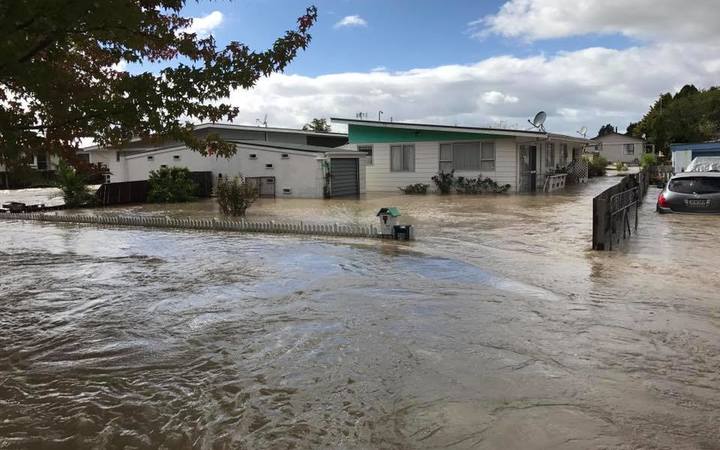 Floodwaters course through the streets of Edgecumbe in Bay of Plenty. Photo: Supplied / Tautini Hahipene

When she left the house, she said the current was strong and she had to hold onto something to get out of the gate.

It was a relief to see the truck and Mr Hahipene, Mrs Mayo said, and she was feeling "alright" now.

"I'm just glad I'm out - I've got my little dog. I don't know where the two cats are. I don't have to worry too much though, because they'll climb up a tree."

Mr Hahipene said the trip back to Whakatane from Edgecumbe was a long one, and he queued to get over the bridge for an hour, longer than he has ever had to wait before.

"[The] Whakatane bridge is not looking good - they may close it because the water is getting too high and it's very swift," he said.

"A lot of people have been sent home - the main shopping centre, The Hub, has been closed down so everybody can get back over the bridge."

He said others rescued from Edgecumbe were taken to the local fire station or to the war memorial hall.

And Mr Hahipene, Mrs Mayo and Poppy the dog were now safe, dry and warm at Mr Hahipene's hillside home in Whakatane. 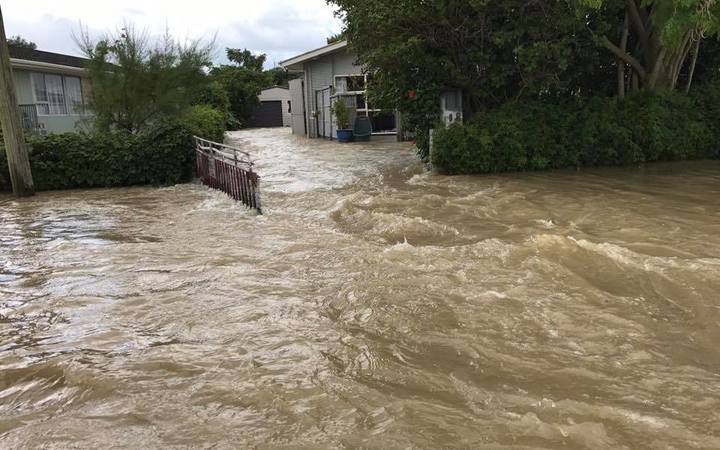 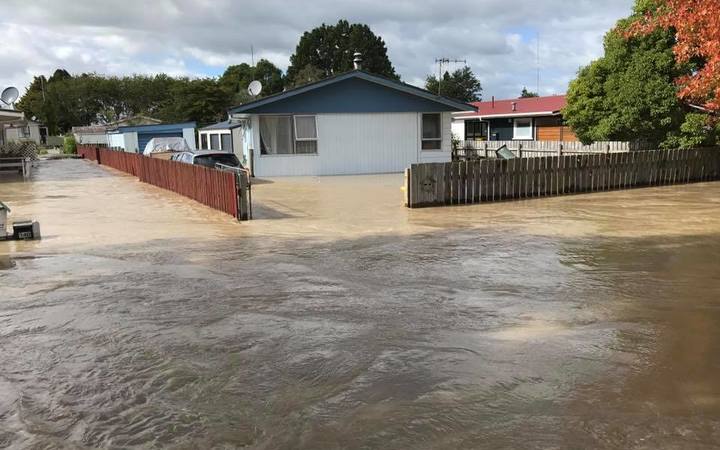 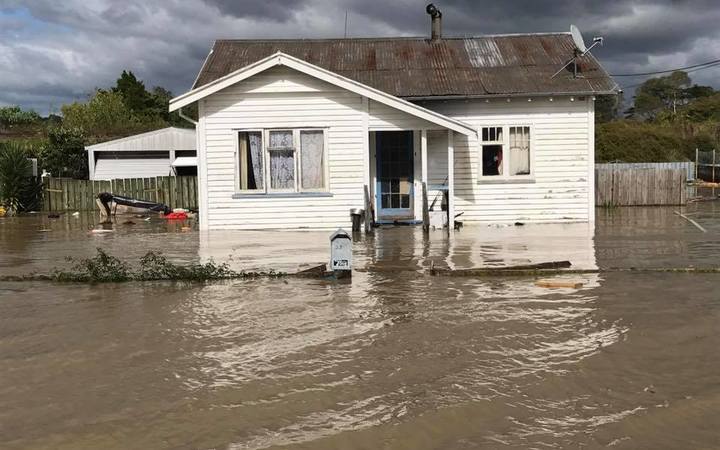