There will be no way in or out of the quake-hit Kaikōura overnight, after large landslips pushed containers across State Highway 1. 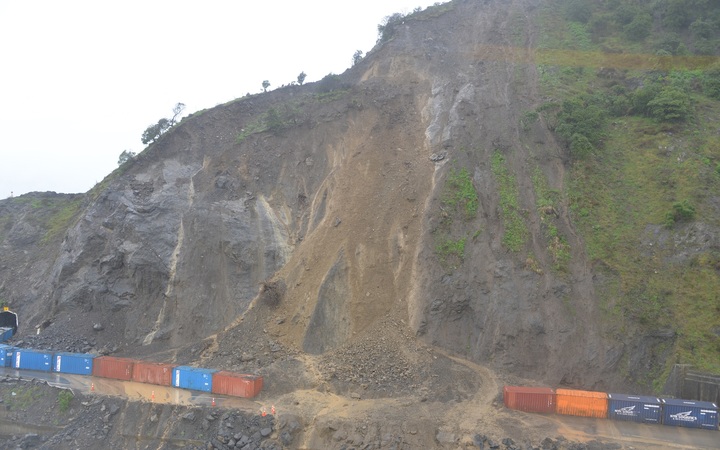 Fresh mudslides on SH1 near Kaikōura have pushed containers off the edge. Photo: Supplied / NZTA

The New Zealand Transport Agency said it would close the inland route, which was the only remaining road into the town, from 10pm until about 7am because of the heavy rain.

SH1 south of the town reopened for only a few hours yesterday, after contractors spent about a week clearing slips.

The rain caused new mudslides yesterday and today. It was expected to remain closed until at least 7am tomorrow.

The 14 November earthquake dammed streams in the valleys above Hapuka and Goose Bay.

In Christchurch, the council set up pumps as a precaution in the flood-prone Flockton Basin, with heavy rain expected. 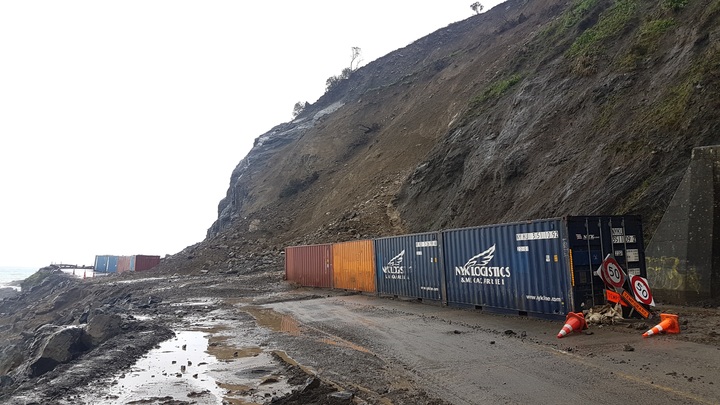 The latest MetService warnings said more heavy rain was expected for the Kaikōura coast until Thursday morning, with downpours of up to 20mm per hour.