More than two dozen people have been prosecuted for defaulting on their student loans since the government began actively pursuing overseas borrowers. 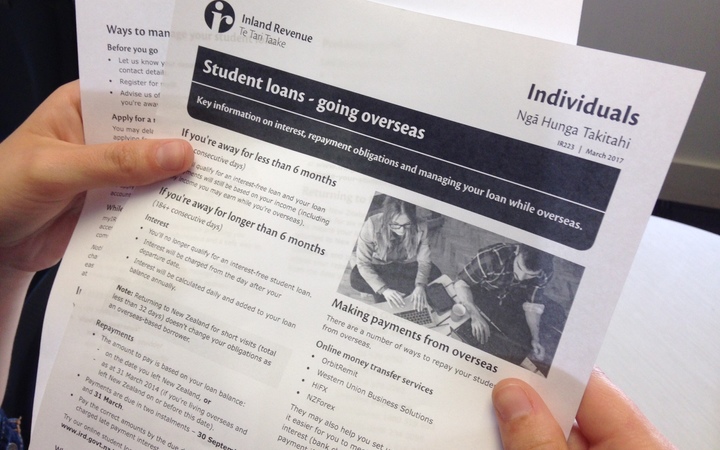 The prosecutions followed the first border arrest of a defaulter last year.

A law change in 2014 meant students who ignored repayment requests from Inland Revenue (IRD) could have an arrest warrant issued to prevent them leaving the country.

Revenue Minister Judith Collins said since then, the number of defaulters making an effort to pay back some of their loan had increased by a third.

However, IRD had also obtained 15 judgements against borrowers in Australia and another 10 in New Zealand.

The department had also started proceedings against an unspecified number of borrowers in the UK, a spokeswoman for Ms Collins said.

Last November, IRD sent a list of more than 10,000 student loan borrowers living in Australia to the Australian Tax Office, to work out how many of them were in default.

Tertiary Education Minister Steven Joyce said at the time that borrowers in default should contact IRD to arrange a repayment plan.

"If they don't, it's likely someone will be knocking on their door in the next few months."

RNZ has requested details of the prosecutions from IRD.

Ms Collins said overseas defaulters had paid back $361 million since an initiative was established in 2010 to encourage them to repay what they owed.

Some borrowers had paid significant lump sums after being contacted, and others had made arrangements to get back on track with repayments, she said.

"Inland Revenue has been provided with the contact details for almost 57,000 borrowers, which has already resulted in some large payments."

International student loan defaulters account for more than 90 percent of the roughly $1 billion loan repayments that are in arrears.

There are 111,000 borrowers overseas, with about 70 percent of them in default.