New Zealanders abroad are worried they might be arrested if they come back to the country because of unpaid student loans.

A Cook Islands math teacher was detained at Auckland Airport on Monday after owing $22,000 to the Inland Revenue Department.

Ngatokotoru Puna, 40, appeared in the Manukau District Court yesterday, where the judge acknowledged his efforts in paying back $5000 and making arrangements with IRD.

Inland Revenue collections manager for student loans Stuart Duff said it was a last resort to arrest Mr Puna at the border, as they tried to engage with people and get them to pay.

There are 111,000 borrowers overseas, with about 70 percent of them defaulting on their loans. 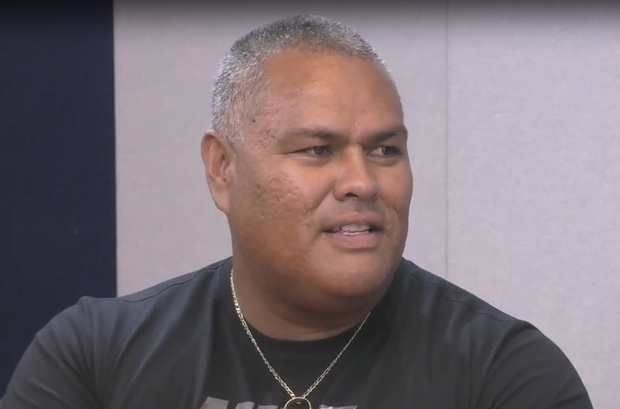 Ngatokotoru Puna thought it was a joke when he was arrested at the airport for failing to make repayments on his student loan. Photo: RNZ

It was not clear what qualified a last resort and what the threshold was for arrest, Ms Harris said.

"The overseas student loan repayment scheme is very difficult for a lot of students abroad because it's based on how large your loan is, as opposed to your income, and there are a lot of high interest rates."

Jaymie Coleman, a banking specialist living near Melbourne, said she was asked to pay $34,000 in student loan fees by March, years after Inland Revenue said she was not in its system. 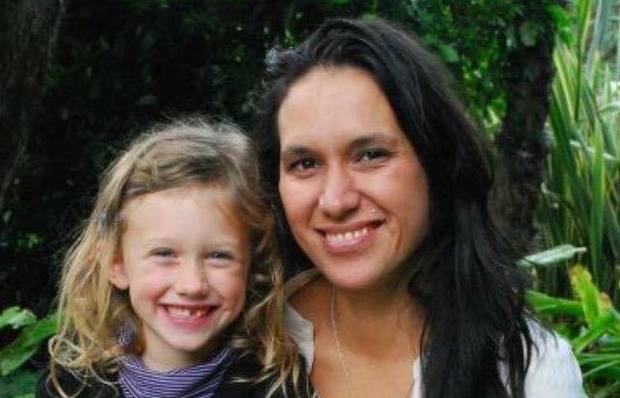 She borrowed $8000 for a tourism course 18 years ago, but when she tried to contact IRD, they couldn't find her details, she said.

"When I was 21 I went back to New Zealand for a visit and I actually tried to contact IRD to sort out my student loan and change my address details.

"They said we don't have any record of that loan."

A few years later, she contacted her old address, but no mail from IRD had been sent there.

But last October, while visiting family in New Zealand, Ms Coleman was called by an IRD staff member who told her she now had to pay.

Ms Coleman said she was trying to work out a more reasonable payment plan with IRD, but would now think twice about coming back to New Zealand.

Morgan Jane Gibbs works in public transport in Victoria, Australia, but years ago she studied a hairdressing course in Auckland.

She owed IRD around $15,000, half of which comes from living costs she incurred because she was 17 and didn't qualify for student allowance.

Last Christmas, her grandmother fell ill, and despite wanting to come back to New Zealand to see her, Ms Gibbs said she's afraid of being arrested.

"They reckon it's her last Christmas," she said.

"My cousin messaged me a few days ago saying I needed to come over sooner rather than later, but I can't afford to get pulled up."

He's on a scholarship in Melbourne, but still has a $30,000 loan from a Bachelor of Arts and a Masters degree.

"I regularly visit Auckland to see the family, and to conduct some fieldwork, and so there's always a feeling of unease about coming back and having to deal with IRD."

News of the arrest of Ngatokotoru Puna was worrying, and seemed like an excessive and punitive way to deal with students, he said.

"Regardless of where you stand on debt-free or subsidised education, people shouldn't be confronted and threatened with arrest at the airport."

"You'd be hard-put to find anyone without some sort of debt."

A 38-year-old New Zealand man currently living in the Middle East, who did not wish to be named, said he made compulsory repayments when he was in the country, but hasn't made any since he left 13 years ago.

"First of all I was broke. I worked for free just trying to get a break. Once I got a break, I started earning enough to live on, but not enough to save or pay off any debts."

"Also, New Zealand seems so far away from here. It's like another world. You leave it behind."

The last time he saw his loan balance it was around $80,000. He doesn't know how much his student loan is now but says, "In my mind it's eleven million dollars".

He hasn't heard from IRD directly, but said the department contacted his mother, coincidentally just after she was diagnosed with cancer.

"She called me in a very distressed state and told me to sort it out. I got in touch and explained the situation, and they've left her alone ever since."

Despite worrying about seeing his family, he no longer visits New Zealand because he is afraid he will be arrested.

But not all those with student loans are worried. Dylan Turney, a tech creative in London, said he wasn't concerned at all.

"My first two years I was making the compulsory payments. As of last year I'm earning significantly more."

Even though life in London was expensive, he intended to continue paying his loan off, he said.

"A lot of people who are over on youth mobility visas are just there to party and travel for two years and probably would be pretty reluctant to make payments."

He understood the rules when he took out a student loan, and believed he should stand by that and make sure he paid it all back, he said.