A scientist has captured the sounds of rare whales in a pioneering sound project in the Cook Strait.

NIWA marine ecologist Dr Kim Goetz and her team put seven acoustic moorings - or hydrophones - in the Strait last June and, after retrieving them in December, are getting preliminary results.

The whales so far found in the audio include humpbacks, Antarctic blue whales and Antarctic minke whales.

Many beaked whales were also recorded.

Beaked whales are rarely seen because they usually dive for long periods. Dr Goetz's team thought their audio of the Gray's and strap-toothed beaked whales were likely the first recorded in New Zealand.

She said she was most excited to find the Cuvier's beaked whale on the recordings.

"So little information is known about these animals and, you know, it's primarily from stranding events ... dead animals that could be sick.

"What we're hearing are the live animals in their habitat and we're hearing them across the entire Cook Strait region. That's really novel information."

Dr Goetz said when she proposed the idea of putting the recorders in the Strait it raised eyebrows at NIWA because of the harsh environment.

They used a computer programme to run through the 14 terabytes of recorded noise and recognise and classify the whales.

As well as whales, many boats and strong currents were recorded. On November 14, the 7.8 magnitude earthquake interrupted the recordings.

She said there could be some interesting results from the data.

"With this we'll be able to tell later on, is there a difference before and after the earthquake in terms of vocalisations.

"There's just nothing really known about how marine mammals might respond to an earthquake.

"So that's something that can come out later." 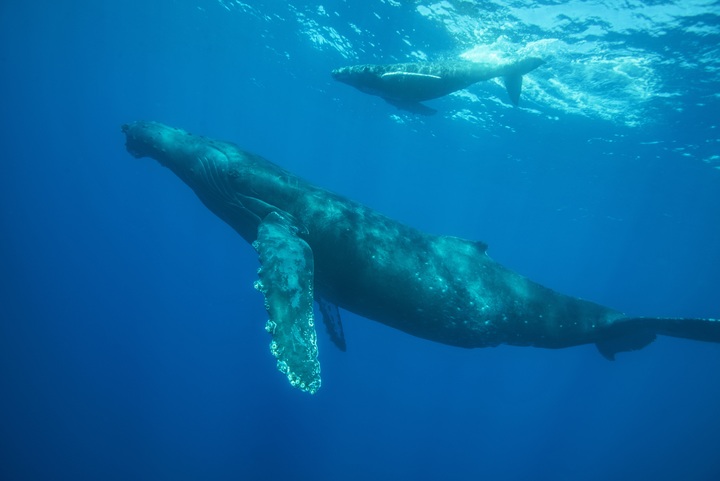 More than half of the world's whale and dolphin species are found in New Zealand waters.

Before now, little was known about their migration paths and their behaviour.

Anton van Helden used to work at the Marine Mammal collections at Te Papa and is the Marine Conservation Advocate at Forest and Bird.

"It just shows what an important area Cook Strait is to these species and perhaps others," he said.

"This is really exciting news now that we get to hear them, hear where they go and what they're up to so that's fantastic."

Mr van Helden said most information about whale movements and populations came from strandings. This was a new area.

"As new technology develops we get more information, so that revolutionises the way that we perceive the lives of animals.

"Just knowing these are present and out there, it also means that we have some responsibility to manage what happens to those animals."

Dr Kim Goetz said the project needed to be more than a one-off so scientists could understand annual variations to the whale songs.

The moors were redeployed in February and would be analysed in August.