The Returned Services Association's national president says for the sake of clarity, an inquiry should be held into allegations New Zealand soldiers deliberately attacked Afghan civilians in 2010. 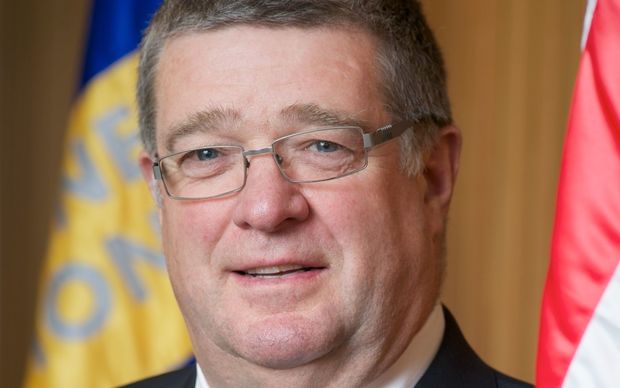 RSA president BJ Clark said an inquiry into allegations New Zealand soldiers were involved in a raid where Afghan civilians died would be clearer than what has been discussed in the news.

Although Mr Clark had not read Hager and Stephenson's book, he said the allegations that have come out of it do not have 'black-and-white' facts showing New Zealanders' involvement.

"I'm confident in the capability of our military," he said.

"If there's to be an inquiry what comes out, comes out.

Mr Clark said young New Zealand soldiers working overseas have a very difficult and stressful job, with some having done up to six operations.

He said young New Zealand soldiers coming back from missions abroad were not getting enough support.

"I think one of the things that often gets missed in these circumstances is our young people are serving overseas on a number of operations.

"Some of them have done four or five, six operations. They work damn hard and they've been under real stressful situations."

He said support was crucial.

"They're proud of the work that they do and so they should be," he said.

"And we should be there supporting them at all times and I don't think our country does support our young service personnel enough."

He was backed by armed conflict law expert Alberto Costi.

The Victoria University of Wellington associate professor said it was not clear yet whether enough precautions were taken to ensure civilians were not harmed.

He said an inquiry would find that out.

"Unless there are some reports out there that have clearly examined in detail the events at the time, I think that at least some kind of inquiry could just clarify the facts," Prof Costi said.

"If some violation of international humanitarian law had occured then I think that there is probably a way for some disciplinary actions within the military."

Professor Costi said the government had put the military in an awkward position.

"That's something that I find unfortunate for the military.

"They try to do always what they can, the best of their abilites.

"But the lack of a proper answer by the Government or authorities so far just fuels concerns ... as to what really happened."

Professor Costi said media coverage so far had assumed something wrong had been done when it wasn't yet confirmed the civilian deaths should have been avoided.

"Minimisation of civilian harm doesn't always mean that there can be no casualties whatsoever.

"If I may be honest, the coverage in the media gave the impression already something wrong had occurred.

"The fact that there are civilian casualties does not, as such, mean there is a violation of international humanitarian law."

"I just don't think we can go on with this sort of drip feed of revelations or suspicion being cast without there being some mechanism to bring it to some finality," he said.

"Because don't think it's in the SAS's interests, it's not in the Defence Force's interests, and it's actually not in New Zealand's interests to have that shadow of doubt - however vague it might be - lingering."

The Labour, Green, New Zealand First and Māori parties have also called for an inquiry.