Residents at a block of West Auckland flats that flooded at the weekend say they feel abandoned by their property owner and need more help. 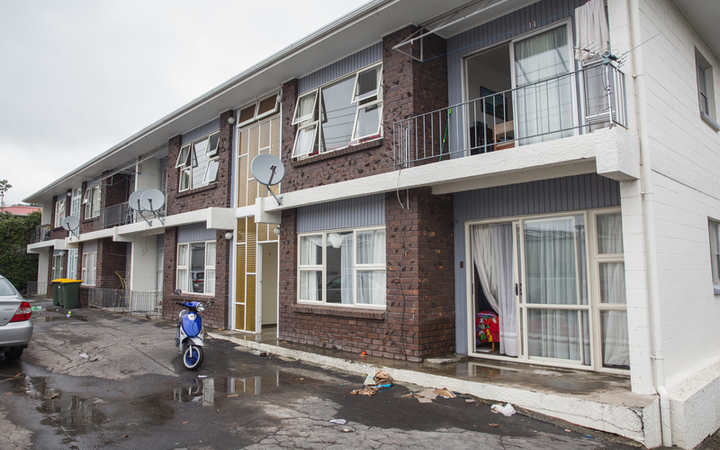 The ground floor flats at the Great North Road address were heavily damaged by the sudden flooding on Sunday. Photo: RNZ / Claire Eastham-Farrelly

Six ground floor units at 4116 Great North Road in Glen Eden flooded after a nearby stormwater drain failed during heavy rain on Sunday.

It was the second time the flats had been flooded in five years.

Despite help from Civil Defence, some residents said they needed more support - and wanted to hear from the property owner.

Flooding victim Simon Kumar - who also works as the property manager - said things were moving slowly and his frustration was growing.

"We've had Civil Defence around, they asked questions and took down names. They said they would come back - we've had lots of people say they will come back - but no one does. Nothing physical is happening."

Mr Kumar said the emergency accommodation has been a god-send but people had nowhere to store the possessions they had left.

"Actually we need some people, manpower to help these people clean up, they have no family here." 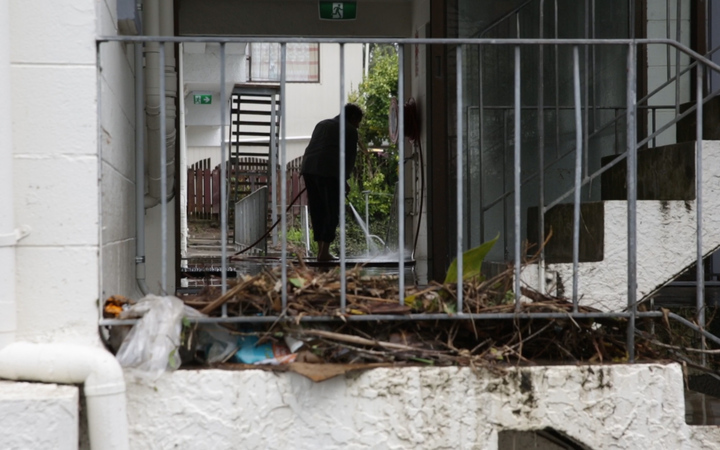 Ngee Sunnguyen and his sister were waiting for help at the flats yesterday afternoon.

They had stacked their salvageable furniture and put all their belongings into black bags, and the smell of their damp carpet was hard to miss.

"I am waiting for someone to come over to help, to bring a truck or a van to move our things, but we don't know where to move them."

Mr Sunnguyen said he did not know where to put his things while his flat was fixed.

"No, I have not heard from the landlord, I have not seen him, only the care taker. I feel uncomfortable but there's nothing we can do." 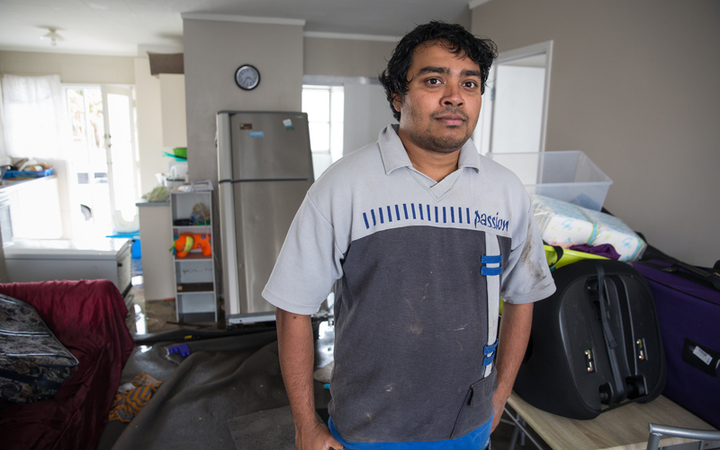 Dany Madawala Liyanage has nowhere to put the possessions he has managed to rescue from his flooded flat. Photo: RNZ / Claire Eastham-Farrelly

He said he had no family or friends in Auckland, so he and his wife were trying to move their furniture from the flat. But, like Mr Sunnguyen, they had nowhere to put it.

"So many questions on my mind, so many things I need to do and things I need to plan. I hope the government and the council can help us at least until we can recover, that's my thinking at the moment.

"At kindy they gave us clothes for my 2-year-old boy, so at least I don't have to worry about him, he is quite happy. But I need to get to work and I don't have a car."

Mr Madawala Liyanage said he was trying to clean all of the mud out of his car, because a wrecker's offer of $400 would not give him enough to buy a replacement.

"Civil Defence gave me a $100 transport card which was very nice, but I work in Manukau so it will only last about 10 days. I don't know what I am going to do in the mid-to-long term." 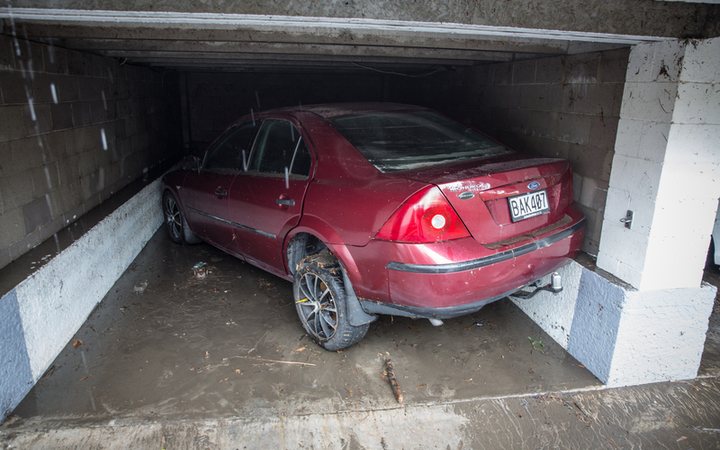 He said even if he could wash his clothes, he would feel better.

"All our clothes are muddy from the water and the toilet overflowed, so it would take a few washes. I have about 15 loads and at the motel its $6 each, so I will have to just do two for now."

Civil Defence said they were doing all they could to help the residents affected by the floods - including providing transport cards, preloaded cash cards and assistance in taking away damaged goods.

The block of flats is owned by Wellpark Trust, who have not responded to requests for information.