Aucklanders are being asked to reduce their water use by 20 litres each day until the end of the month, because stormy weather has restricted the city's largest treatment plant. 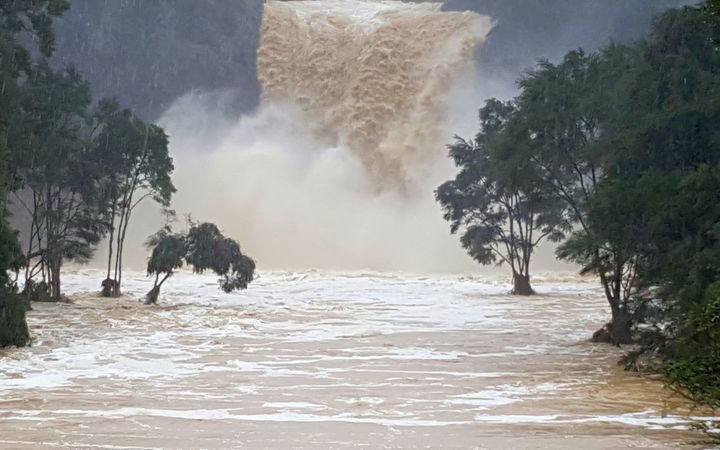 About 225mm of rain fell in 12 hours from late Tuesday afternoon in the Hunua Ranges, which is the source of about half of the city's water.

Watercare said water from the four storage dams in the ranges was treated at Ardmore and distributed from Pukekohe to Waiwera.

The Ardmore plant was treating half the amount it normally did because the flow contained a lot of silt after slips and erosion in the catchment.

This made the water look muddy, which made it more challenging to treat, it said.

Watercare environment and consents manager Mark Bourne said capacity had increased at the four other plants servicing the city to help offset the loss.

"The water quality, getting to our homes and our businesses, meets the very very strict New Zealand drinking water standard, so there's no problems with the water [at the plant]. It's just the sheer result of - literally - the dirtiness of that raw water, we've had to reduce our production output."

The agency said residents could help conserve water by cutting shower times by two minutes, turning off the tap while brushing teeth and only running dishwashers and washing machines when they were full.

More rain on the way

People in Northland, Auckland and Coromandel have been warned more severe weather could cause slips, flooding and more damage to already saturated properties.

MetService forecaster Georgina Griffiths said bursts of heavy rain were expected between now and Sunday with more than 200mm predicted for some parts.

The weather tomorrow night and Saturday morning was forecast to be comparable or worse than Tuesday, she said.

"The key concern is those localised downpours. If you get 50mm in one hour, on the back of saturated soil, that causes those impacts, those rapidly rising rivers, the landslips and roads being cut off from communities."

Auckland's Tapapakanga, Hunua Ranges and Waitawa regional parks have been closed due to the heavy flooding, with engineers checking tracks, bridges and slips.