An Air New Zealand flight has been hit by lightning in Northland, forcing it to return to Auckland, as the Coromandel braces for another downpour. 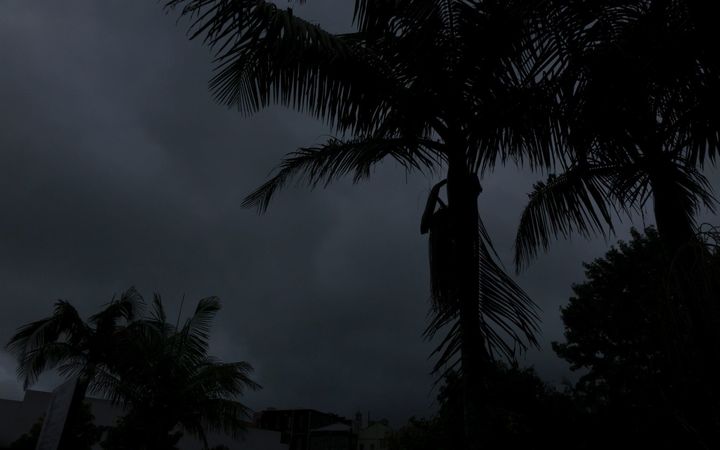 Stormy clouds over Whangarei: Flight NZ8678 was forced to turn back to Auckland after being struck by lightning on its way to Kerikeri. Photo: RNZ / Lois Williams

Flight NZ8678 was originally heading to Kerikeri, but the DH3 plane landed back in Auckland about 2.20pm today after the lightning strike.

An Air New Zealand spokeswoman said the plane was being checked by engineers and the passengers moved to alternative services.

MetService has issued a severe thunderstorm watch for Northland, valid until 10.30pm tomorrow. Storms have already cut power briefly to some rural areas west of Whangarei, and a flood warning was in place this afternoon for Kaeo and Ngunguru.

A couple in a house threatened by a slip have evacuated and engineers were checking 12 other houses in Whangamata.

Emergency crews were clearing roads, slips and waterways across the region. State Highway 25 at Whangamata would stay closed until 5pm tomorrow due to many large slips and a downed power line. One lane into Whiritoa was now open for emergency access.

MetService was forecasting heavy rain in Northland, Auckland and Coromandel through to Saturday morning.

Auckland Civil Defence said the weather tomorrow night and Saturday morning could be worse than Tuesday.