Employers are being told they can fix the pay gap between men and women overnight if they wanted to. 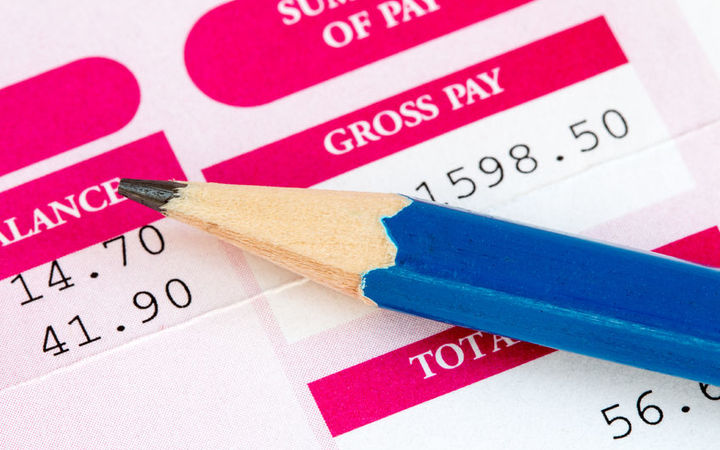 A new study released this week found that the gender pay gap increased for men and women on higher incomes. Photo: 123RF

A pay equity expert said new research confirms the widespread sexism against women in the workplace. It shows 80 percent of the gender pay gap is due to conscious and unconscious bias against women.

The gap between men and women is 12 percent and has not changed for the past decade.

The report by AUT for the Ministry for Women surveyed more than 13,500 people.

It also found the size of the gender pay gap increased for men and women employees on higher incomes.

Women's Minister Paula Bennett said if men were employed in senior roles they were more likely to employ people like themselves.

A spokesperson for the Pay Equity Coalition in Auckland, Catriona McLennan, said women are not as likely to be promoted, despite having the right qualifications and experience.

"When a partner in a law firm says "oh but to become a partner, you don't just need qualifications and skill and experience, you need to have the right chemistry - well, that's just perpetuating sexism."

"All employers have to do is pay men and women the same for the same work and having the same skills and qualifications.

"Saying that it's hard, and they've got to look into it, actually is just a get out of jail free card for employers to keep on doing the same thing."

Former Telecom chief executive Theresa Gattung said the responsibility to close the gap was on everyone.

"Women need to claim their own power, women need to have more confidence, they need to negotiate - that's all true but that's not enough."

"There's a responsibility on employers to put in diversity programmes, to basically take a leaf out of Bill English's book - to make sure both men and women are on the long list and the short list for jobs, so over time you will redress the balance."

Employers need to use a variety of strategies to encourage diversity, said the chief of Diversity NZ, Bev Cassidy-Mackenzie.

"When that recruitment agency brings you the candidates and say this is all that's out there - if they continue to bring you a group of men that look like them and sound like them, continue to send them back."

There are women out there who can do that job, she said.

An apprentice builder, who wishes to remain anonymous, said she and a male colleague were both given a pay rise recently.

But he is getting $2 an hour more than her despite having less experience than her, she said.

She had to work twice as hard to get half as far as the men, she said.

"On a daily basis, it's kind of like natural deferrence - I'm just kind of the junior to them even though I bring the same to the table."

"If they make the same mistake it's like "oh it's alright mate", but if I do, it's a cross to my reputation," she said.

The Green Party is introducing a members' bill to the ballot box today requiring companies to publicly reveal how much men and women are being paid.