It is not known whether smoke detectors were working at a house fire where three people died, an inquest into the deaths has been told. 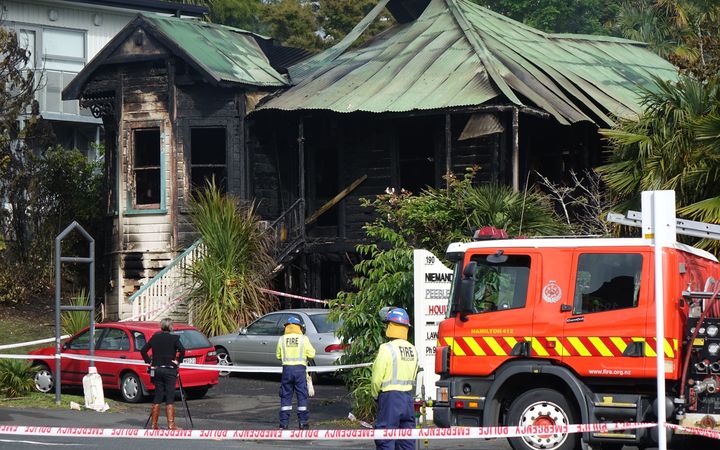 The Fire Service attend the fire in Collingwood Street in Hamilton in 2014. Photo: RNZ / Andrew McRae

No charges have been laid in relation to the deaths of Connor Swetman, Jake Hayes and Toni Johnston in November 2014.

Their 100-year-old flat was engulfed in flames following a party. Firefighters were at the scene within three minutes, as the villa was within sight of the Central Fire Station but the tragedy had already unfolded.

The police referred the deaths to the coroner after they said they had explored all lines of enquiry.

The police told the Hamilton District Court this morning that the fire started on a couch in the lounge of the villa, where a house party had been held that evening.

They said smoke detectors were installed in the rental property, but they could not establish if they were in place or working at the time of the fire.