The summer storm lashing parts of the country with gales and rain has hit transport, closed roads and cut power. Here's what you need to know. 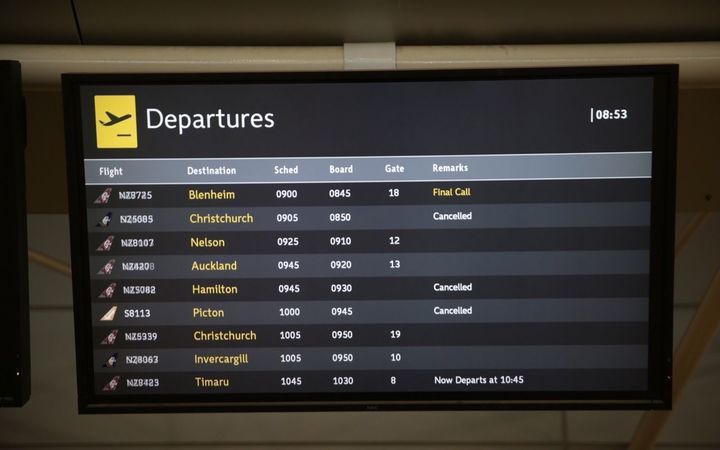 Read more on our live updates

Roads and highways were closed in the South Island due to flooding and slips, but some have since reopened.

In the North Island, high winds closed the Rimutaka Hill Road (SH2 Upper Hutt to Featherston) for several hours but it has since reopened.

Wind gusting to 118 km/h at Wellington Airport forced the cancellation of some flights and delays to many more.

Flights to Auckland, Tauranga, Nelson and Melbourne were affected.

There were delays for passengers on Bluebridge ferry services heading out of Wellington this morning.

The Wellington harbour ferry service was cancelled for the morning. Crossings were resuming from 2.15pm.

Diesel vehicles replaced trolley buses in Wellington in the morning, but trains continued to run as normal.

Strong winds caused the closure of the Wellington Cable Car for a short time after its overhead canopy was damaged.

Winds eased in Wellington by about 9am. There are still strong south-west gales in Otago, north-westerlies in Wairarapa and rain in the Tararuas, though this is easing too.

At the height of the severe weather, gusts of 148 km/h were recorded on Mt Kaukau in Wellington, 154km/h on the Rimutaka Summit and 118km/h Wellington airport.

In the South Island , there were 172km/h gusts near Mt Hutt and winds of up to 124km/h at Banks Peninsula.

NIWA has released the top three rain amounts from the storm.

Power was out this morning to more than 700 households throughout Otago after severe winds of up to 120 km/h caused damage to power lines and trees.

Supplies have been restored to about 300 homes in Lower Hutt which were cut off early this morning.

In the Wairarapa, PowerCo is working to fix lines to 190 households near Western Lake in Featherston, while electricity has been restored to 174 properties in Tuturumuri in Martinborough.