New Zealand First leader Winston Peters has repeated his pledge to Pike River families that he will not go into coalition with any party that does not allow re-entry to the mine. 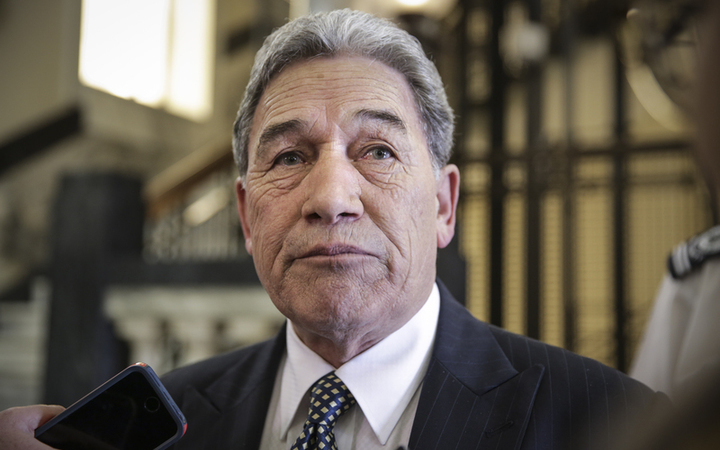 Yesterday, Mr Peters met with the families at the picket line near the site's entrance, and he will meet with them again today at a public meeting in Greymouth.

Some of the families of the 29 men who died in explosions in the mine in 2010 have been protesting against Solid Energy's plans to permanently seal the mine.

They argue the main entry tunnel should be searched for remains and evidence first.

Mr Peters said he wanted to show the families he would not ignore them, and supported them completely.

"The political system has shut them down, ignored them and has done its best to raise the suspicion that someone's involved in a cover-up here. Otherwise, why did Solid Energy buy Pike River Mine and why do they want to seal it up for ever?

"Now these families want justice, they want peace of mind, closure, and it could be done if the government was acting in the way it should be doing, and in the way it promised."

He said he supported the Pike River families who wanted to re-enter the mine, and reiterated his earlier vow not to agree to a coalition with any party that did not hold the same view.

Pike River Families spokesman Bernie Monk said it meant a lot to have Mr Peters support the cause, and hoped it will help push the government into action.

"It's been a battle for us to be heard. With the last documentary that was put, which was really powerful, the books that have come out, and our stance at the picket line, people are starting to realise that something is not right here."

Mr Monk said Mr Peters' support was bound to get him votes in this year's election.