Families of some of the men killed in the Pike River disaster will allow the owner access to the mine but will continue to protest there.

The group has been blocking the road to the mine in an attempt to stop Solid Energy going ahead with its plan to seal the mineshaft. 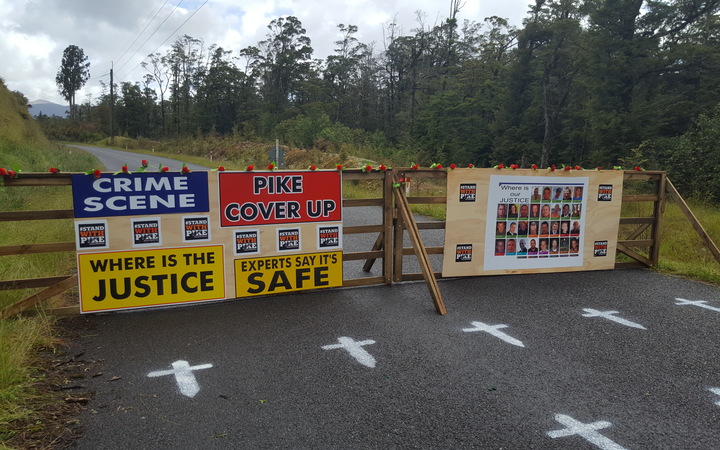 A makeshift checkpoint set up on the road to Pike River Mine by some of the families of the 29 men who died. Photo: RNZ / Maja Burry

But Solid Energy has reminded the road's owner that the company has a legal right to use it, and says the landowner has withdrawn permission for the protesters to be there.

A spokesperson for the group, Bernie Monk, told Morning Report the landowner had let them know they could no longer lock a gate on the road.

The landowner, Colin van der Geest, had signed a document in 2002 with the mine's operator which he'd forgotten about, Mr Monk said.

Mr Monk said contractors on the West Coast were standing with the families and were not going up to the mine to seal it, until the matter is sorted out.

The families had never stopped Solid Energy from going to the mine to do gas monitoring, he said.

They would continue their protest but the gate would be left open.

"Solid Energy have only got access across the land - they don't own the land.

"They've said to us we've got til midday Friday to stop doing what we're doing - and we'll abide by that.