Victims' families say they have been gifted legal control of the road leading to the Pike River Mine, and will block Solid Energy's efforts to seal it. 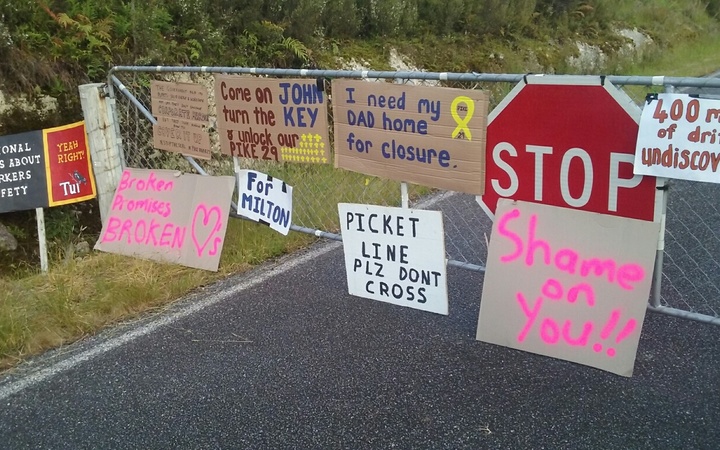 'Don't cross': One of the earlier protests near the Pike River Mine (file) Photo: Emma Daly

Some of the families of the 29 men who died after an explosion in the mine in 2010 are opposing it being permanently shut, and have been holding protests at its entrance.

Solid Energy, which bought the mine's assets in 2012, says it is too dangerous to re-enter.

Pike River Families Group Committee spokesman Bernie Monk, whose son Michael died in the explosion, said a farmer who owned the road to the mine had given them control over it.

Mr Monk said locals would build a checkpoint overnight to stop Solid Energy from concreting over the mine's entrance.

The mine was a crime scene and the families wanted to recover the remains of their loved ones, he said.

Some of the families would take an expert report on re-entering the mine to Parliament on Tuesday.