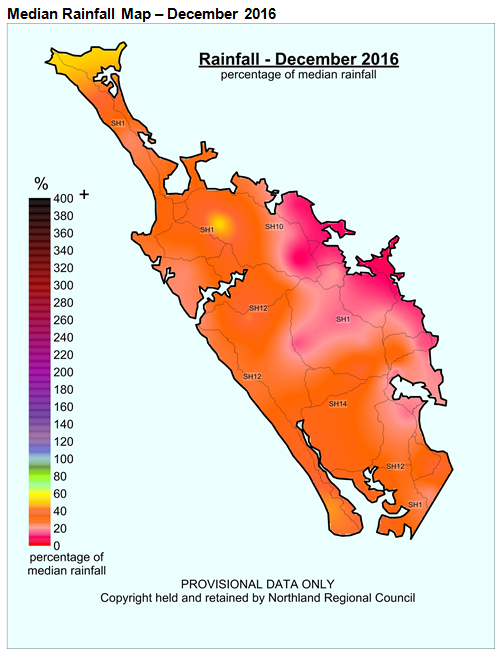 A drought declaration in Northland is just a few weeks away, but as conditions in the region grow tougher, Federated Farmers says.

Federated Farmers Northland president John Blackwell said spring had been good for the region, but a dry November and December had caused problems across the board.

Halfway through November the rain had disappeared and south-westerly winds had had a very drying effect on the land, Mr Blackwell said.

Northland Regional Council gauges recorded between 20 to 40 mm of rain - half their average rainfall for December.

The lowest recorded was 11mm in Kerikeri.

Metservice said there was unlikely to be any reprieve over the next week, as only a few isolated showers were forecast.

He said one saving grace was that the extremely dry conditions were only affecting Northland and the east coast of the North Island so far, and the rest of the country was in fairly good shape.

"If farmers need to bail out and get rid of stock, there are probably other farmers in the country that are in a position to take advantage or keep the price, which has been quite buoyant on bulls, and transfer the stock onto someone else's farm, who can finish them.

Mr Blackwell said if it doesn't rain for another a week or two, drought conditions may need to be declared in Northland.