Weaner prices have hit record highs as dairy farmers turn to beef to increase their profits. 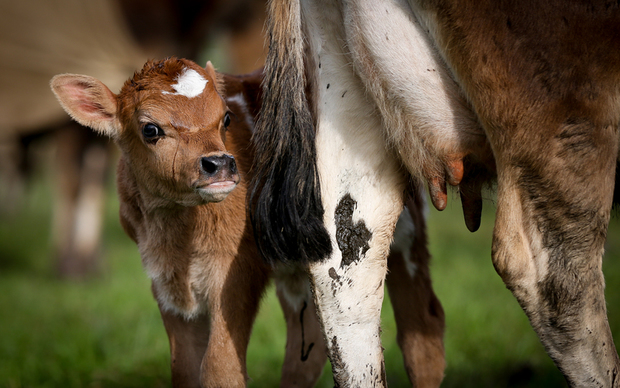 In some areas prices are up by more than $200 a head and North Island sales figures show a 21 percent rise in the average price per head for weaner steers compared to the past year.

AgriHQ analyst Mel Croad said some areas were doing better than others.

"Wellsford up in Northland has been extremely strong purely because of a strong grass market up in that region, so they've been very active in buying in weaner cattle and people have been prepared to pay well above normal prices."

Prices have spread down from Northland, she said.

"Stortford Lodge has had some good exotic and traditional sales since early March and prices have been well above normal."

The threat of a dry summer and drought meant farmers de-stocked to prepare, Ms Croad said.

"For those that have dealt with an El Nino before they weren't taking any risks, a lot of guys didn't want to be caught with extra stock on hand if the drought did eventuate."

There is a chance that calf numbers at Temuka will drop below $10,000 a head for the first time in two years, she said.