The owner of an Auckland gun store ram-raided last night will do everything he can to avoid a repeat attack, he says. 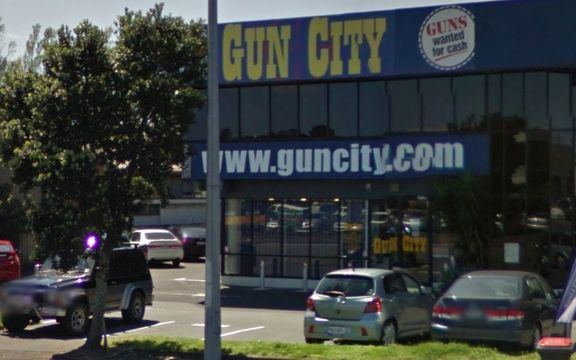 Police were called to the Gun City shop in Penrose at 12.30am on New Year's Day.

They said BB guns were the only items taken and a vehicle of interest - containing stolen gun boxes - would be forensically examined to provide clues as to who was involved.

Chain owner David Tipple said he was pleased the firearms were secured enough to withstand a determined attack.

"We will always be the most difficult gun shop in New Zealand to attack and we're going to raise the bar even higher."

The store was a mess and would take some cleaning up, he said.