The Department of Conservation (DOC) has warned it will be cracking down on illegal hunters, especially those hunting after dark on public land. 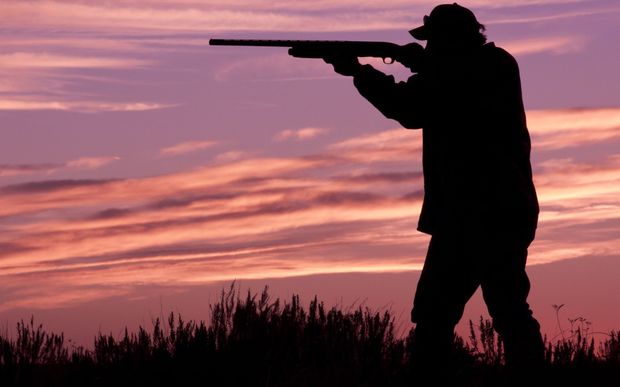 Staff will be checking permits as the spring hunting season starts, and DOC said a failure to comply with hunting laws could carry a prison penalty, or a fine of up to $100,000.

New Zealand Deerstalkers Association president Bill O'Leary said more people than ever were heading out hunting and a "staggering" number of people from overseas were now getting firearms licences.

He said eight years ago they were processing about 4500 licences a year throughout the country, but that had climbed to more than 10,000 a year.

DOC Motueka acting operations manager Paul Thornton said spotlighting on public land was illegal and a permit was required for all other hunting activity on conservation land.

Hunting on any land in New Zealand required the permission of the landowner, he said.

Mr Thornton said there had been several illegal hunting incidents in the Motueka conservancy in one year alone, including one at Totaranui in Abel Tasman National Park.

"It was someone who was based on the campsite, who was going out on to the land around the campsite. The reason why DOC strongly pushes this line is because public conservation land is where people recreate."

Mr Thornton said a tragic example of the risk was the death six years ago of Rosemary Ives, at a campground near Turangi.

Andrew Mears went to prison on a manslaughter charge, after he shot Miss Ives while illegally spotlighting deer near a Department of Conservation campground in the North Island. He thought the headlight worn by Miss Ives as she brushed her teeth was a deer's eyes.

Mr Thornton said that hunting in the dark made it hard for people to be sure of what they were shooting at.

"Even if you do locate it, and you shoot at it, it's dark and you've no idea what's around it - that could be someone walking past for a night walk, who could catch a bullet," he said.

The warning came after police said this week there was insufficient evidence to prosecute two off-duty officers who were part of a group alleged to have been poaching on a farm in January.

The Central Otago farmer who reported the incident said they admitted spotlighting on nearby DOC land earlier the same evening.

Superintendent Lane Todd said the decision not to prosecute was based on a detailed investigation and legal advice.

He said it was important to note that while a prosecution might not be supported by the facts in all cases, there were other avenues which might be considered by police or other agencies.

An investigation into the second allegation of spotlighting on DOC land was continuing but Mr todd said he was unable to comment further.

DOC spokesperson Andrea Crawford said inquiries were expected to be completed within weeks.