Police will have a strong presence around Gisborne's Rhythm and Vines and in other areas hosting big events overnight for New Year's Eve, they say.

Those areas include Auckland, Mount Maunganui, Coromandel and Queenstown. 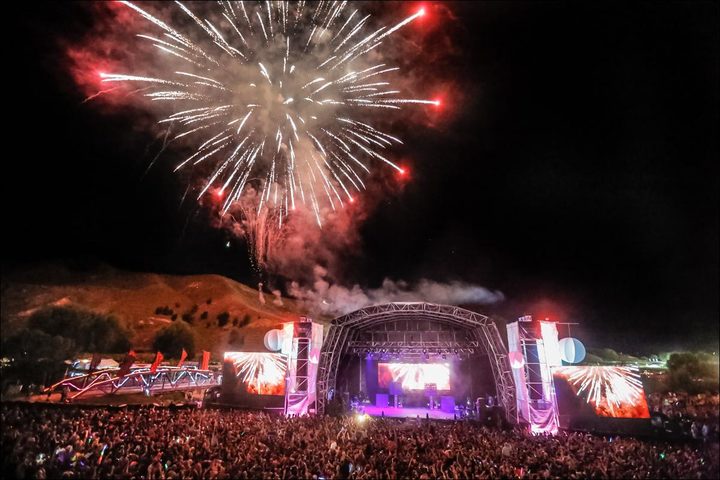 The police and other emergency services urged people to be sensible in their celebrations.

In Auckland, the beginning of 2017 will be marked with a fireworks display from the Sky Tower.

About 3000 shots will be fired from the 200m mark on the tower during the five-minute pyrotechnic spectacle, and about 500kg of fireworks will be used.

Technicians have spent 350 hours setting up the show.

Down at Silo Park, on the city's waterfront, revellers at the Wondergarden festival will be enjoying the sounds of New Zealand musicians including Lawrence Arabia, Liam Finn, Connan Mockasin and The Phoenix Foundation.

In Christchurch, thousands were expected to gather for fireworks at North Hagley Park.

The city council's event used to be held in Cathedral Square but earthquake damage meant it had to be moved out of the central city.

Some children have already welcomed the new year, with a "kids' midnight" countdown held at the park at 8.30pm.

The Wellington City Council has put on a free concert at Frank Kitts Park on the capital's waterfront, where more fireworks will be let off at midnight.

The fireworks have gone off for the kids! pic.twitter.com/KDqT9qdez9

The Rodger Fox Big Band took the stage to begin the concert about 10pm.

Those celebrating in some of the lower and central parts of the country were expected to be in for a wet and windy time.

Severe weather warnings have been issued for Westland, Buller, the Tararua Range, Wellington and Wairarapa.

Heavy rain was expected this evening for much of the West Coast, with up to 200mm of rain falling about the ranges in Westland and Buller.

Wellington was likely to be lashed by strong winds tonight, and gusts of up to 120km/h were expected to hit early tomorrow morning.

MetService said conditions were looking better for other areas, including Gisborne.