Heavy rain and strong wind could dampen New Year's Eve celebrations on the West Coast and around Wellington. 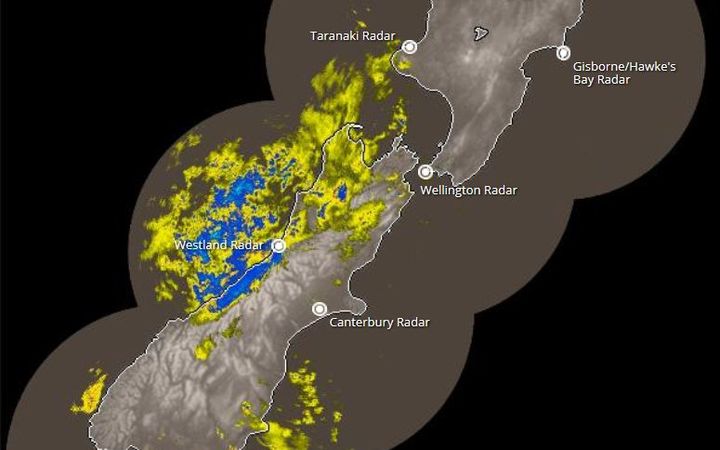 MetService has issued a severe weather warning for several parts of New Zealand as the year comes to an end. Photo: MetService

MetService has issued a severe weather warning for parts of both regions, as a front approaching the South Island moves over the country over the next 48 hours.

Updated Severe Weather Warning released for NYE and NYD, rain in the west, wind in the east/centre. https://t.co/qHyE5zhh6X ^AH pic.twitter.com/KxQmuqwSHR

Downpours are forecast for Westland, Buller and the Tararua Range, with severe north-west gales expected about Wellington and Wairarapa.

The heaviest falls are expected about Westland and Buller today and tomorrow, then the Tararua Range from Sunday afternoon to Monday morning.

MetService advised people in the affected areas, especially trampers, that rivers and streams could rise rapidly.

Further north, sunshine abounds. Gisborne held the high for much of Saturday, sitting at about 26°C in the afternoon.

On New Year's Day, Christchurch is tipped to be the hot spot.

Temps for the first day of 2017. Warm and windy along the East Coast. #Christchurch topping the lot at 30C. ^AH pic.twitter.com/4vBXlUrgH2

Meanwhile, 2016 is expected to be the hottest year on record.

International scientists say global warming is being felt on land, in the atmosphere and in the oceans, with potentially negative consequences for the future of the planet.