The government's Housing Accord - designed to accelerate home building in Auckland - has failed to meet its target. 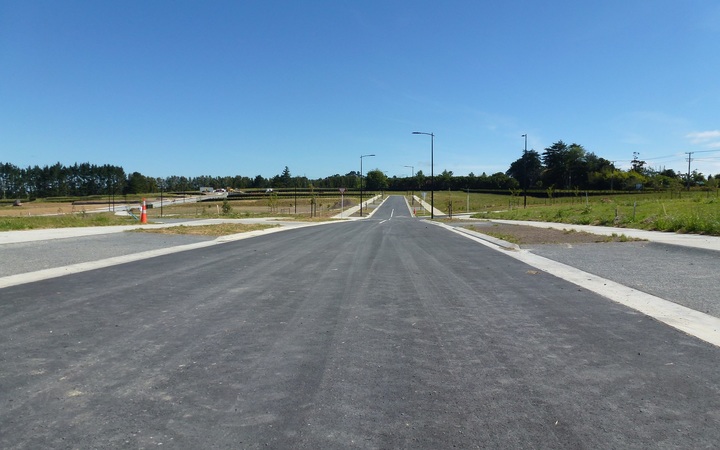 No houses are yet built in the Huapai Triangle SHA, where the government unveiled the first Special Housing Areas more than three years ago. Photo: RNZ / Todd Niall

The final report for the three-year accord with the Auckland Council shows it missed its goal of 39,000 home or section consents by 1462.

The Accord allowed the creation of Special Housing Areas, with fast track consenting process, and access to higher housing densities than previously existed to help lift home-building.

It included targets which rose for each of its three years, and in the final year missed by more than 3240 the goal of 17,000 homes or section consents.

The Minister for Building and Construction Nick Smith has credited the Accord with helping double the rate of home building consents in Auckland, although the rising trend began before the agreement began.

Auckland has been consenting fewer than 10,000 homes a year, when it needed to build 13,000 to meet demand.