A Christchurch police officer with a gambling problem took $1000 from a student caught speeding, claiming he would help get his sentence reduced. 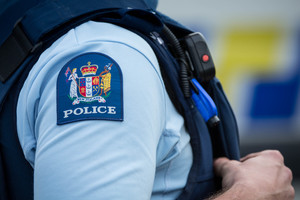 Police charged Constable Sanjeev Kala after he took money from a student caught speeding in exchange for getting a letter that would help get his sentence reduced. The letter never appeared. Photo: RNZ / Claire Eastham-Farrelly

Constable Sanjeev Kala, who has since resigned from the police, went on to borrow a further $7550 from the young man - paying only some of it back.

Kala was in financial strife, had been banned from the Christchurch Casino and had tried to borrow money from a colleague.

Kala, 38, lost his name suppression at a Christchurch District Court sentencing today, as Judge Raoul Neave sentenced him to 100 hours of community work and four months of community detention.

Judge Neave found Kala guilty of obtaining by deception after a hearing in August. He dismissed a second fraud charge.

The victim, Indian student Harjinder Singh, went with a friend to the Christchurch Central Police station several weeks after he was caught driving at a dangerous speed, about 170kmh, in April 2013.

Kala was on the front counter. Both men spoke Punjabi.

Kala told Mr Singh he could get him a letter from a Justice of the Peace that would help reduce his penalty when he went to court.

The JP's letter did not appear.

In the following days, Kala visited Mr Singh at his home and spoke to him on the phone asking him to lend him money.

Mr Singh said Kala told him he needed to prove he had $50,000 in his account to sponsor a relative to come to New Zealand, but Kala disputed this in court.

"I felt ... he's been in the police for such a long time I don't think that he would lie," Mr Singh told the August hearing.

Eventually, Mr Singh gave Kala $7550. He expected to be repaid in a matter of days as he needed to pay for study and visa costs.

Mr Singh contacted Kala repeatedly about getting his money back.

It took about a month before Kala repaid $5000.

At some point, Kala organised for Mr Singh to meet his brother at a mall in Hornby to discuss the debt.

Nearly a year later, Mr Singh was still waiting for the rest of his money. 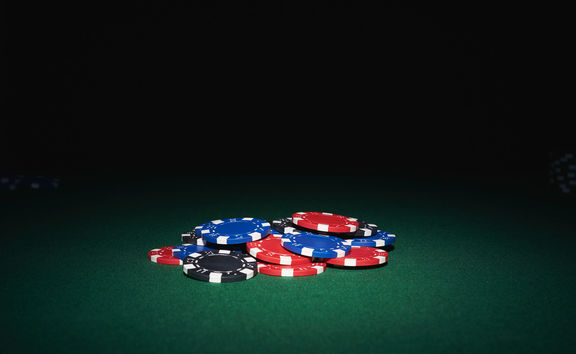 Constable Sanjeev Kala had a gambling problem and was in financial strife, a court was told. Photo: 123RF

The Christchurch Casino banned Kala in early 2012 after he gambled about $120,000 there.

Mr Anderson said, in general terms, any excluded customer must attend a problem gambling counselling service before the casino considered allowing them back. There was no guarantee the ban would end.

In his judgment, Judge Neave said Kala was under "significant financial pressure" and was "clearly desperate for the funds".

Kala had asked a colleague to lend him money to pay off various loans, which "apparently his family knew nothing about", she told the court.

Kala's brother gave evidence he was aware of Kala's financial problems, including his "gambling difficulties". Kala's wife had taken over the finances and Kala had "essentially got his gambling under control".

The brothers needed to send money back to their sick parents in India, Kala had bought a house and the earthquake destroyed Mrs Kala's business, but she had no income insurance.

Judge Neave found Kala deceived Mr Singh by offering to get a letter from a JP in exchange for $1000.

As for the loan, Kala placed "a good deal of emotional pressure" on Mr Singh, who "thought given the defendant's status as a police officer he would be able to trust him".

However, it was "just as possible" Mr Singh loaned Kala that money out of a desire to help than because of deception.

The judge told Kala today his financial and emotional pressures were no excuse for his offending.

"You took advantage of a situation... those who are in a privileged position have further to fall."

Mr Singh pleaded guilty to his driving offence in July 2013, was fined $7000 and lost his licence for six months.

What is Kala doing now?

Kala has resigned from the police. The judge noted in court Kala had cut the radial nerve in one of his arms, so would be limited to light duties while doing community work.

He is listed as sole director and shareholder of a firm called Kiwiland Homes.

According to its website, its services include house and land packages, valuations, mortgate brokering, insurance and renovation work.