A group of Kiwi illustrators have created sea-themed postcards to raise money for earthquake-hit Kaikōura. 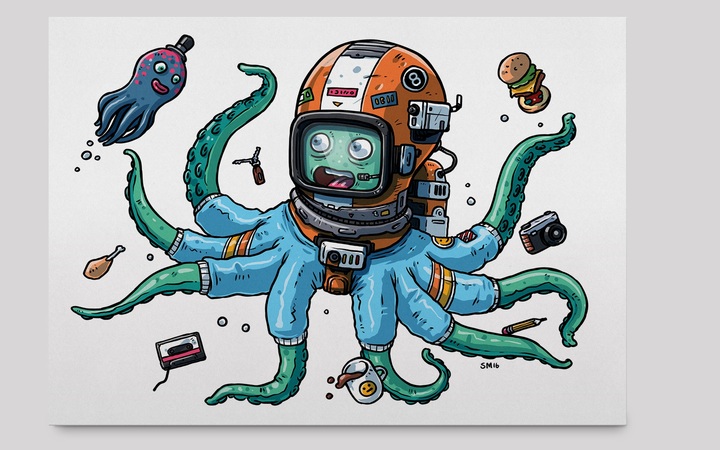 One of the six Kaikōura postcard designs, this one by Sam Moore. Photo: Supplied

The South Island town remains cut off after the 14 November 7.8 magnitude earthquake, though the inland route 70 may re-open in a matter of days and State Highway 1 to Christchurch is expected to re-open by Christmas.

The postcard designs have links to the sea. The proceeds will go to Kaikōura.

McCarthy raised several thousand dollars after the Canterbury earthquakes by creating posters of historic Christchurch buildings demolished after the earthquakes. The money went to a heritage trust, he said. 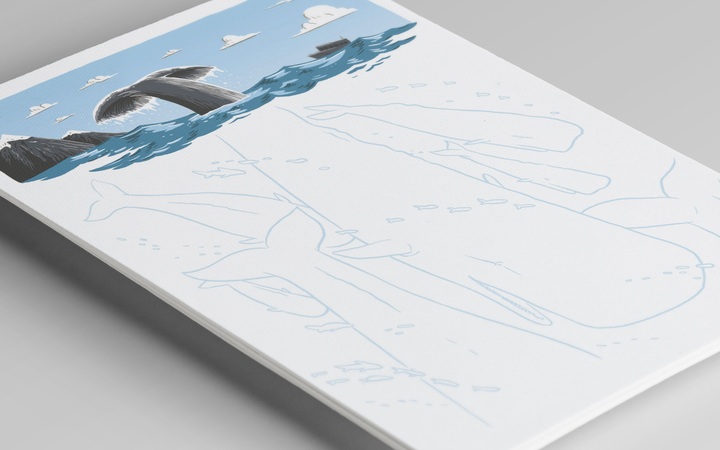 One of the Cards for Kaikoura designs, this one by Toby Morris. Photo: Supplied

Mr McCarthy, who spends weekends diving in Kaikōura, wanted to do something again.

"We've had our fair share of quakes here, but ... this one hit home in a different sort of way," Mr McCarthy said.

"Kaikōura is our place to escape - surfing at Meatworks, spearfishing down from the tunnels, surfcasting on the shingle beach at Peketa campground.

"For the local - the sea is the lifeblood of the community." 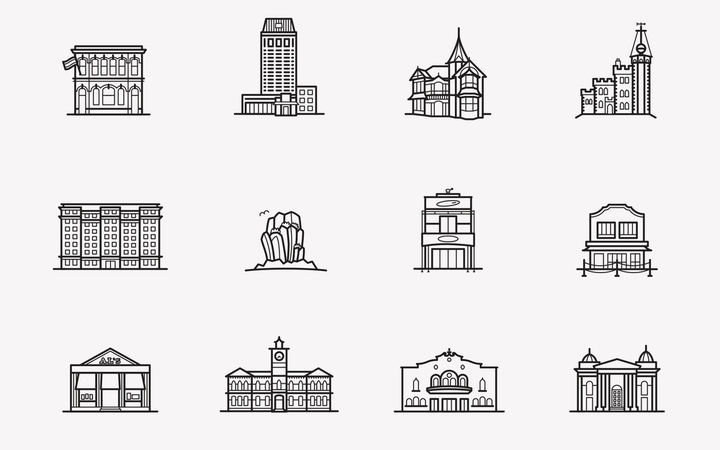 Mr McCarthy said the group was yet to decide how the money would go to Kaikōura, be it to a charity, local businesses or, he joked, to simply buy the townsfolk boxes of MallowPuffs.

See all the postcards here