Engineers are looking at using coastal land uplifted by last month's Kaikōura earthquake to relocate parts of State Highway 1 away from unstable hillsides. 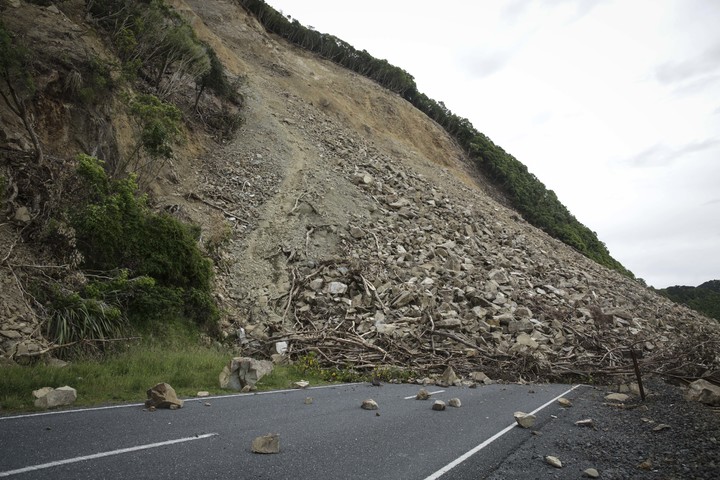 A landslide north of Kaikōura spilled rocks and debris right across State Highway 1 after the earthquake on 14 November. Photo: RNZ / Rebekah Parsons-King

Kaikōura mayor Winston Gray said inland alternatives to the coastal route had been ruled out, but the route could still be adjusted for stability.

He said putting a highway inland would be too costly and, in the case of upgrading the Molesworth Station track, of limited use in winter. 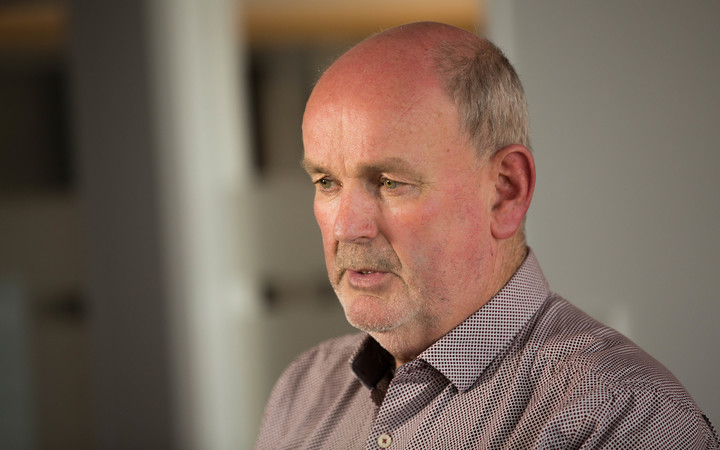 Geotechnical engineers are looking at whether the coastal route can be shifted in places onto land uplifted by the quake, to get it further away from unstable hillsides, he said.

"The fact that the ground, the floor of our land, has come up - there's more room to deal with between the hill and the tide," he said.

"So there'll be opportunities on parts of that area to go out, go away from the cliff-face more, and have the road further out on parts." 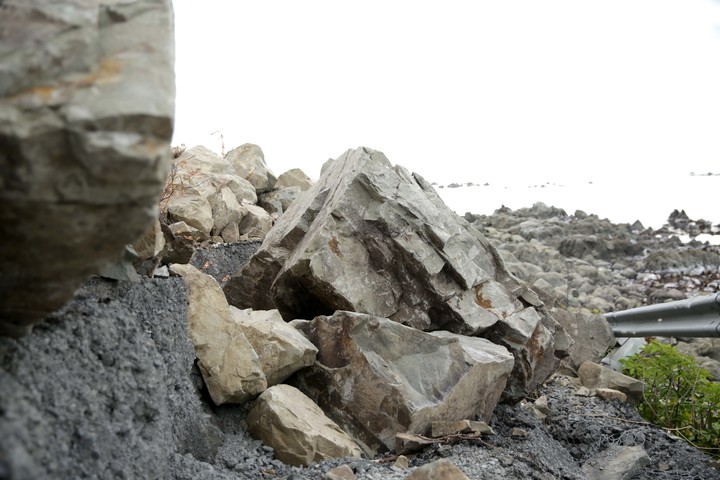 Mr Gray said roadworks on the highway north between Kaikōura and Clarence would not begin before the highway south to Christchurch had at least one lane open.

That work was hoped to be completed before Christmas, but work north of the town was not set to start until after the holiday and probably not for several weeks. 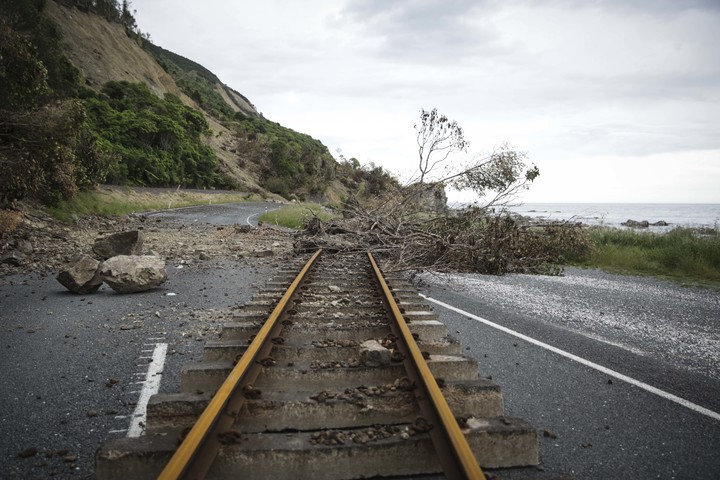 Part of the rail line, ripped from the ground by the earthquake, crosses State Highway 1. Photo: RNZ / Rebekah Parsons-King

Meanwhile, urgent work on a stopbank for Kōwhai River was also expected to be complete by Christmas.

Canterbury Regional Council principal river engineer Ian Heslop said staff had identified all trouble spots on the river, which was of the highest priority given the threat it posed to the Kaikōura township.

"I would suggest that we probably would need a flood of a five or ten-year return period to worry the system right now, and by the time we get through to Christmas we'll have a standard of protection that's significantly better than that."

Mr Heslop said work on the lower-priority areas would be carried out in the next year.

The council advised people to continue keeping their distance from all riverbeds north of Waiau River in case of sudden bursts of water.