Thousands of salmon have been killed during a burglary at a salmon farm on the West Coast. 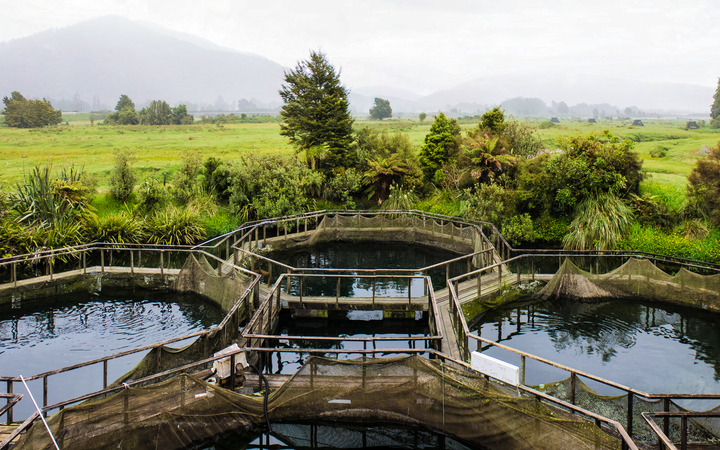 Police are investigating the burglary at the South Westland Salmon Farm and Cafe in Paringa on Saturday.

Offenders entered the farm grounds that night and tampered with machinery on site.

The police said the intruders shut off the water supply to the salmon-rearing tanks, causing at least 13,000 fish to suffocate from a lack of oxygen.

"This has caused thousands of dollars of loss for the business, and police would like to hear from anyone who has seen anything suspicious in the South Westland area during this time."

A vehicle parked several kilometres away was also tampered with, about the same time.

Co-owner Ben Monk told Checkpoint with John Campbell that he was not sure if the offenders' motivations were malicious.

"They would have had to have a really good look at it, or had to have known what they were doing. It's not like they've just flicked the pump off, they've actually gone to all the trouble of shutting the gates. It's actually hard to know why someone would do that, or if it's just someone being stupid, or if it's an attack on us, I'm not sure."

Mr Monk said next year's breeding stock had been devastated, and it was the only part of the business that was not covered by insurance.