Most of the shipping containers at the entrance to a Christchurch seaside community will be removed today, nearly six years after the fatal February 2011 earthquake. 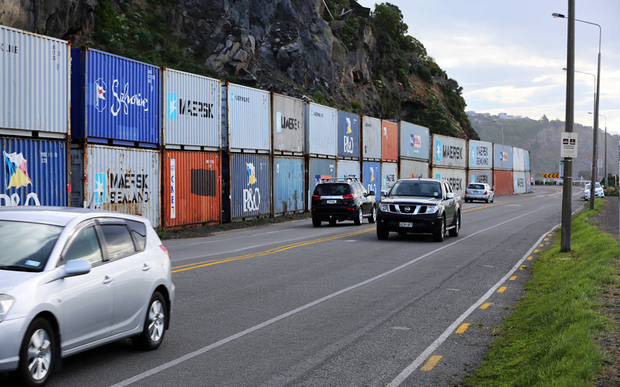 The cliff face at Peacocks Gallop, opposite Sumner Beach, crumbled during the quake and containers were placed there and at the adjacent Deans Head to provide protection from rockfall.

They did their job when the cliff gave way in dramatic fashion after an aftershock four months later.

Homes at the top of the cliff either tumbled off the edge or were left dangling, and large amounts of rock were deposited on the reserve below.

Contractors for Land Information New Zealand have moved more than 100,000 cubic metres of the material that collapsed.

They used part of it to create a permanent bund - a kind of barricade - to protect road users from further rockfall.

The rest of the containers in front of Deans Head were due to be removed next week and permanent security fences will be installed early next year.